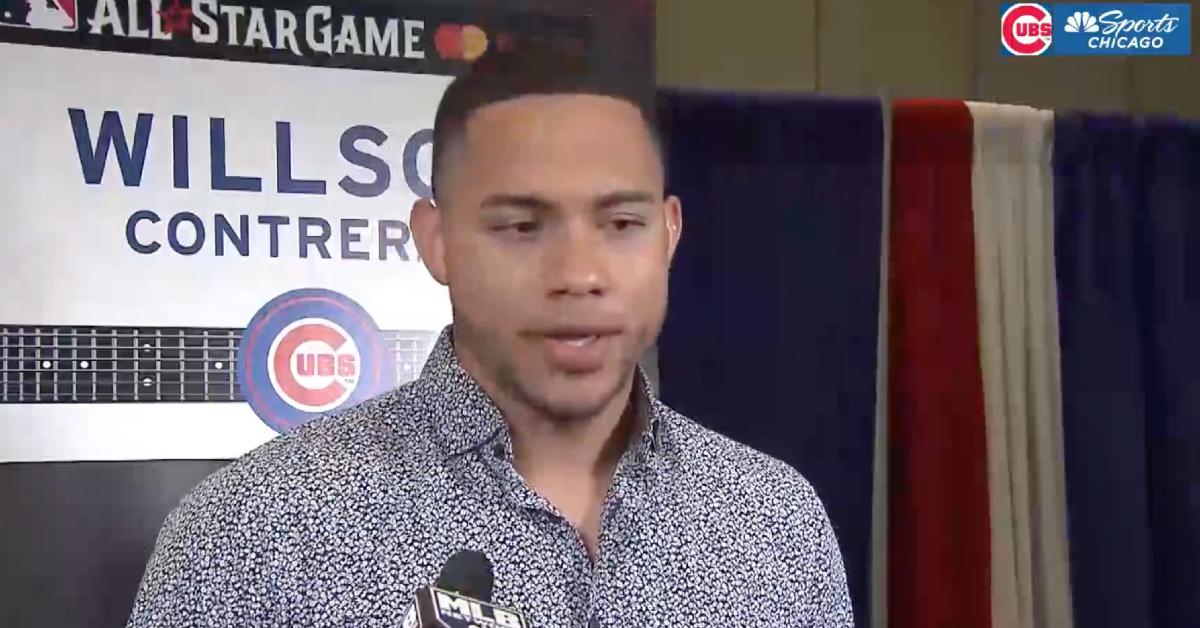 Willson Contreras will compete alongside teammates Javier Baez and Kris Bryant in the 2019 MLB All-Star Game.

CLEVELAND — Three Chicago Cubs will suit up in the MLB All-Star Game at Progressive Field on Tuesday night. At the All-Star Game media session on Monday, the trio of North Siders answered questions about what the All-Star experience means to them. Shortstop Javier Baez and catcher Willson Contreras will both be starting in the Midsummer Classic for the second year in a row, and third baseman Kris Bryant will be a reserve for the National League squad.

Contreras, who is in the All-Star Game for the second time, revealed that he is more relaxed this time around, while Baez, who is also partaking in his second All-Star Game, said that he hopes to enjoy it more this year and plans to take more photos in an effort to soak in the valuable memories that come from the experience. Bryant is making the third All-Star appearance of his career and the first since 2016, and he told the media that he simply wants to relax and enjoy the moment as much as possible.