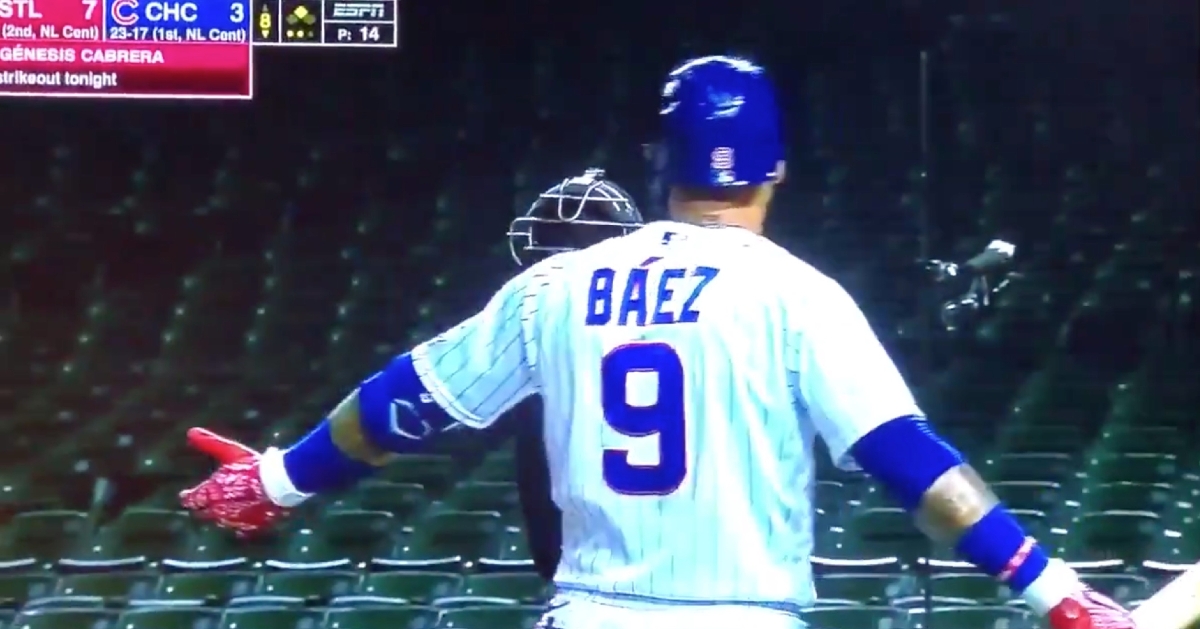 Javier Baez was frustrated after getting rung up late in the Cubs' 7-3 loss to the Cardinals. (Credit: Brett Davis-USA TODAY Sports)

CHICAGO — It is no secret that Chicago Cubs shortstop Javier Baez is in the midst of an offensive slump. The former MVP contender currently sports a subpar batting average of .191, and he has produced only two multi-hit performances in the past month.

Understandably, with Baez struggling at the plate, frustrations boiled over after "Javy" was not pleased with some of the strike calls that did not go his way in an eighth-inning at-bat on Sunday. Baez was rung up with the Cubs trailing the St. Louis Cardinals 7-3 at Wrigley Field, and he lost his cool following the strikeout.

Baez voiced his displeasure with the home plate umpire, who utilized a pitcher-friendly strike zone throughout the game. Although he was animated and conspicuously angry, likely just as much with himself than the umpire, Baez was not ejected. Baez went 0-for-3 on Sunday and has now suffered at least one strikeout in 11 straight appearances.