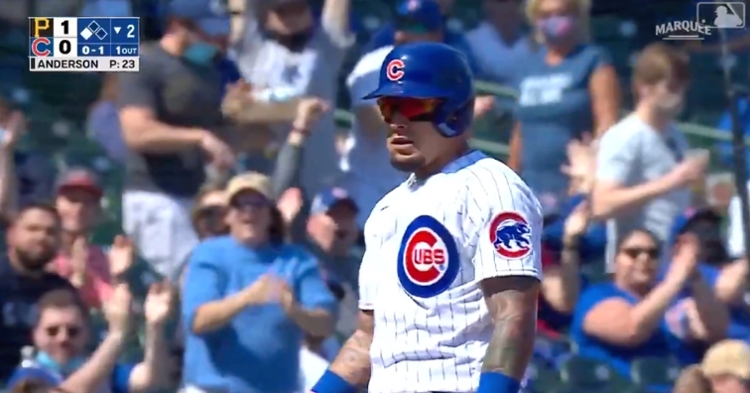 Javier Baez stole two bases in the same inning and then scored on a bloop single.

CHICAGO — Providing the Chicago Cubs with an early spark on Saturday, shortstop Javier Baez followed up a routine single by stealing both second and third in short order. That culminated in Baez scoring on a bloop single hit by Jake Marisnick soon afterward.

Entering the game against the Pittsburgh Pirates at Wrigley Field, Baez had five career stolen bases in the month of April. He added to that total with his first multi-steal game since July 2019 ... and he did so by stealing two bases in the same frame. "El Mago" swiped the bags in the second inning with ease, sliding in feet-first and well ahead of the tag on each occasion. He then read the aforementioned bloop hit perfectly and cruised home, tying the score at 1-1.

Javy is on the move. ???? pic.twitter.com/oFaoTEnZWg