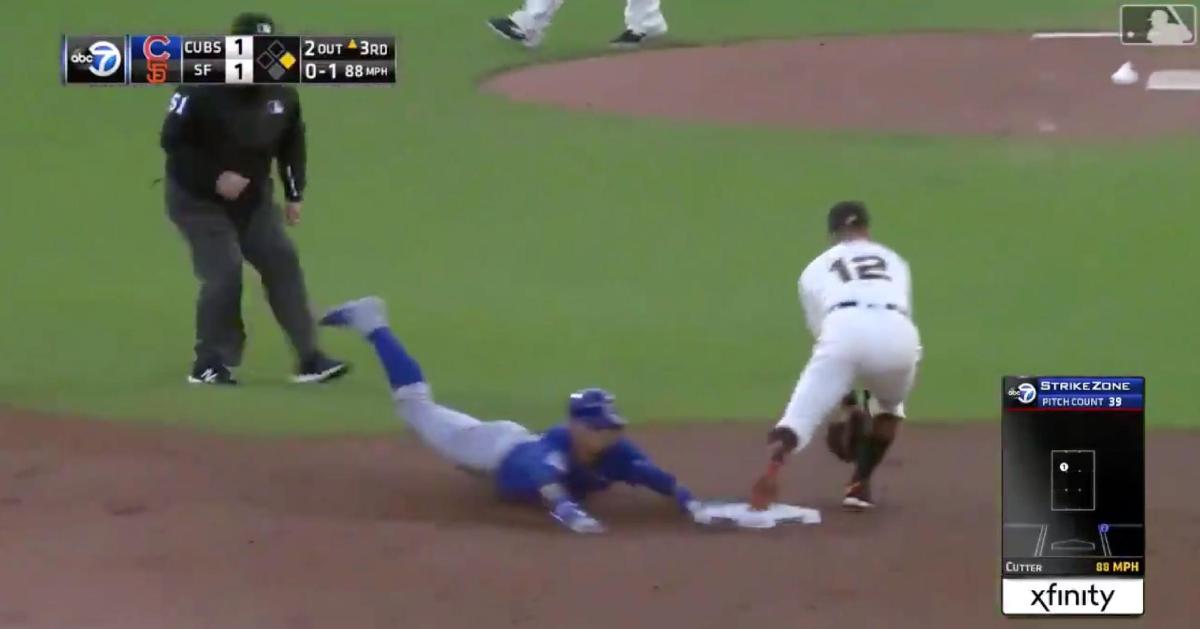 SAN FRANCISCO — Chicago Cubs shortstop Javier Baez manufactured a run by way of his signature speed on Tuesday. In the top of the third of the Cubs' matchup against the San Francisco Giants at Oracle Park, Baez scored on a base knock hit by Cubs third baseman Kris Bryant after stealing two bases.

Baez reached base by hustling to beat out a throw from Giants shortstop Brandon Crawford on a 2-out infield single. He proceeded to steal both second and third in short order, giving him seven steals for the season. Then, Bryant smacked an RBI single through the 5-6 hole that plated Baez and put the Cubs up 2-1.