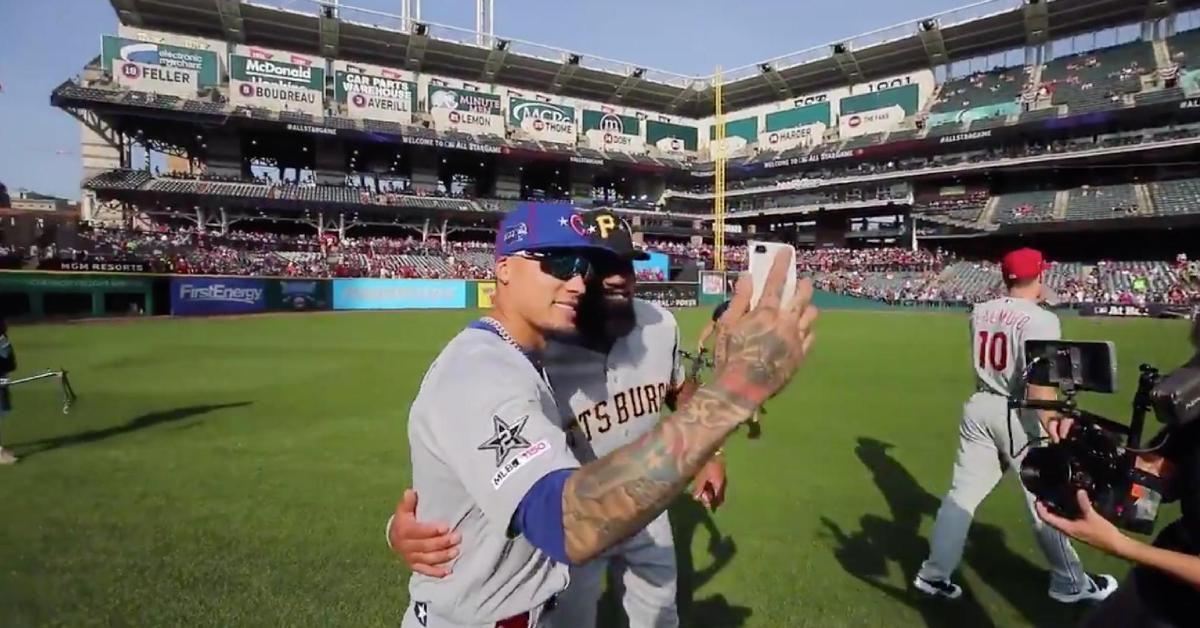 CLEVELAND — Soaking it all in prior to his second career All-Star Game start, Chicago Cubs middle infielder Javier Baez posed for selfies with fellow Midsummer Classic competitors prior to Tuesday's game. Baez previously told the press that he planned to take loads of photos this time around in order to capture the special memories from the event that he can treasure for the rest of his life.

Bringing his smartphone into the outfield at Progressive Field during pregame warmups, Baez took some snapshots with several other players also competing for the National League squad, including Cubs third baseman Kris Bryant, who is a reserve for the National League. "El Mago" and Bryant also took a selfie with former Cubs and current Los Angeles Angels second baseman Tommy La Stella, who was named to his first All-Star team but is unable to play in the game due to injury. Baez is starting in the All-Star Game for the second consecutive year. Last season, Baez started at second base, and this year, he will take his place at shortstop.

I have a feeling they took this picture for you @ESPNChiCubs #3AM pic.twitter.com/sbwdZFr0sX