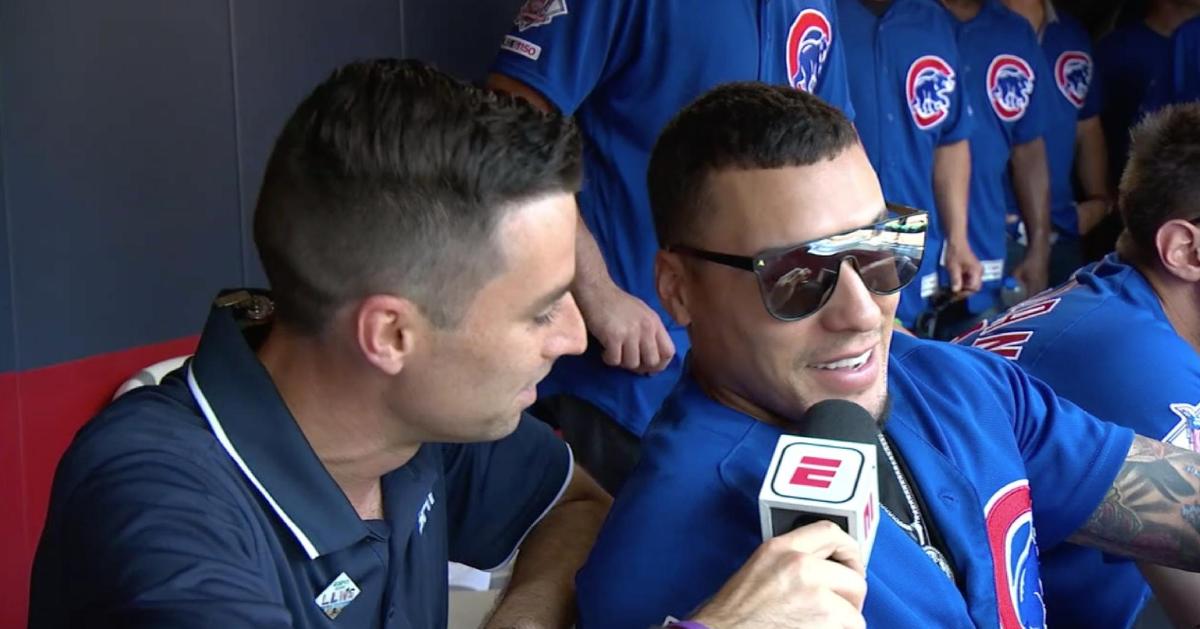 Chicago Cubs shortstop Javier Baez received the most votes by the little leaguers voting on their favorite big-league player.

WILLIAMSPORT, Pa. — A poll was conducted at the 2019 Little World Series in order to determine who the little leaguers' favorite players were, and Chicago Cubs shortstop Javier Baez received the most votes. Beating out superstar outfielders Mookie Betts and Mike Trout, "El Mago" was the top choice for the young ballplayers, and he talked about what the results meant to him on Sunday afternoon.

"It's great to have so many followers this young," Baez told an ESPN reporter while soaking in some Little League action. "The way that they see the game, they see that I have fun with it."

Baez and the Cubs took part in the third annual MLB Little League Classic and defeated the Pittsburgh Pirates 7-1 at BB&T Ballpark at Historic Bowman Field on Sunday night. "Javy" went 2-for-5 and scored one run on the offensive side of the ball and also pulled off several flashy defensive plays. Interestingly, Baez played in two Little League World Series for the Puerto Rican team when he was a kid, and he was happy to have the chance to return as a big leaguer.

"I came to the Little League World Series when I was young, too," Baez told a reporter following the Cubs' victory, "and we didn't have this experience. We didn't have Major League players around, so I'm sure it was cool experience for (the little leaguers) and obviously for us, too."