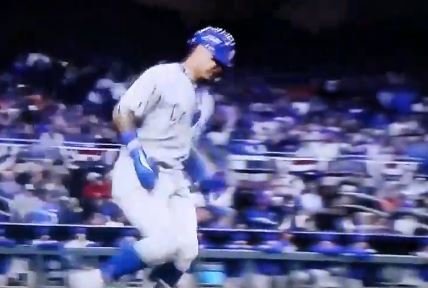 Javier Baez is a dynamic player for the Chicago Cubs with his blend of power offensively and wizardry on defense.

During his first at-bat against the Braves on Thursday night, Baez limped around first base after a flyout. He went to the dugout and immediately talked to the trainer about it. It appeared it could be a tight hamstring but no word from the telecast or from the Cubs.

Update: Good news after the inning as Baez returned to the field to play shortstop and doesn't seem affected by any type of issue at all.

Javy Baez just came up limping on a routine flyout. Seems to be alright in the dugout but worth monitoring. pic.twitter.com/6eLUsbzZU4