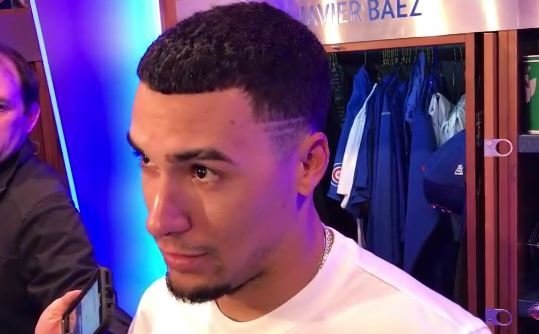 Cubs shortstop Javier Baez had a magical performance in the 7-2 over the Dodgers on Tuesday night.

El Mago smacked a homer and had an incredible juke for an infield-hit that left fans amazed.

Baez spoke to the media following the game and talked about the play.

"I saw the same play when Billy Hamilton did it three or four years ago and I saw it," Baez said. "That was the first thing that came to my mind when I stopped to see his reaction. His body just kept going so I knew I didn't leave the line that I could keep running. Everything was good."

Baez shared that he had never juked a first baseman like this before while playing baseball.

Here is the play that Baez was talking about: