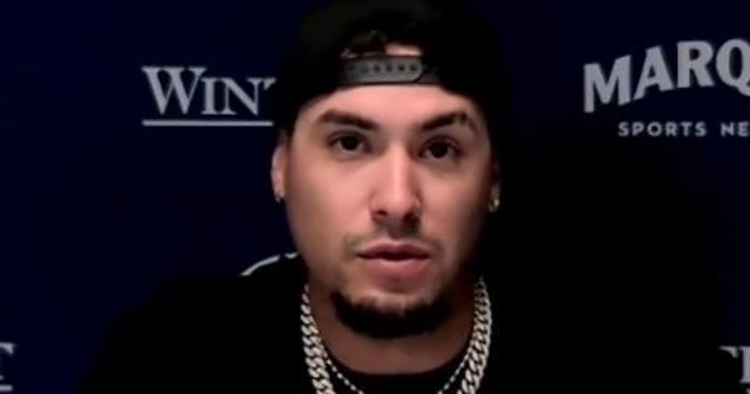 The Chicago Cubs traded away their star shortstop Javy Baez to the New York Mets right before Friday's trade deadline.

Baez spoke to the media following the news and had some kind words to say about Cubs fans and the city of Chicago.

"Just wanted to let you guys know that we love you, Baez said. "We know the dedication that you guys give to the sports in Chicago and what it means to the city."

Baez was blown away by all the love from Chicagoans.

"I never thought it was gonna be this big and when we won the World Series in 2016, the city was just going crazy and the happiness around it was amazing," he said. "I didn't really grow up in a big city following a team, so when I saw that here, it was pretty incredible."

Baez is open to resuming contract talks with the Cubs during the offseason.

"To be honest, I would love to, but I don’t know what will happen this offseason with all these moves and the plan that this organization has. Obviously, I’m grateful for everything they’ve done for me."

Javy with a message to @Cubs fans. pic.twitter.com/k3bdSGPDPm