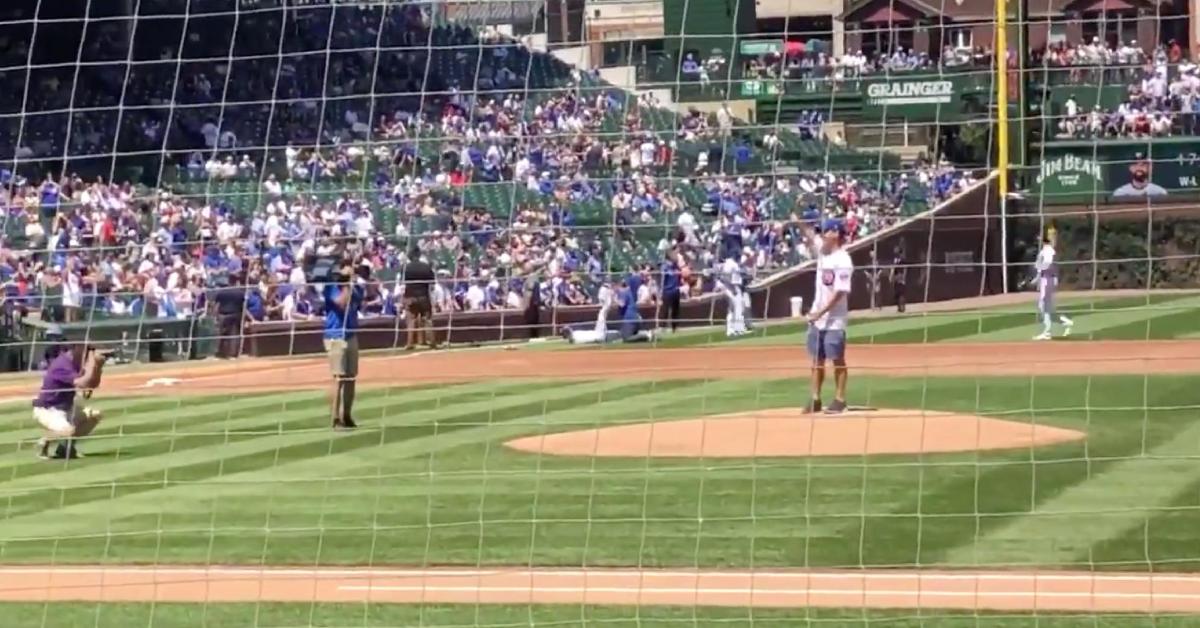 CHICAGO — Famous Jeopardy! champion and Chicago-area native James Holzhauer is a lifelong Chicago Cubs fan, and he had the opportunity to throw out the ceremonial first pitch at Wrigley Field on Saturday afternoon. Holzhauer, who won 32 consecutive games on Jeopardy! earlier this year, is a professional sports gambler with a passion for baseball, and he tossed the first pitch prior to the Cubs' home contest against the Milwaukee Brewers.

"Jeopardy James" was greeted to a rousing ovation from the fans when he toed the rubber, and he proceeded to lob a pitch over the plate while donning Cubs gear. Holzhauer has publicly stated that his dream is to work in an MLB front office, and he would love for the Cubs to hire him. For now, the iconic game-show competitor will have to settle for serving as an honorary Cubs pitcher.