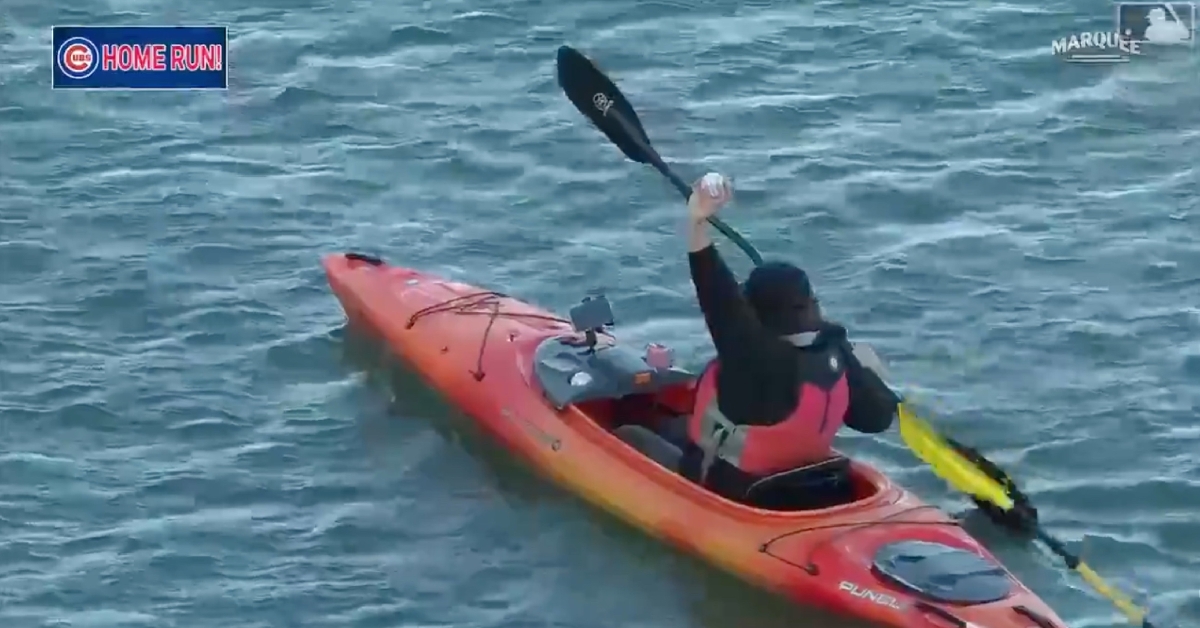 Thanks to Joc Pederson sending a pitch into McCovey Cove, one lucky kayaker garnered a souvenir.

SAN FRANCISCO — Making a literal splash, Chicago Cubs left fielder Joc Pederson belted a two-run blast into McCovey Cove on Thursday, becoming just the fourth Cub to ever homer into McCovey Cove. After nearly hitting a leadoff home run in the first plate appearance of the game, Pederson went yard with a hard-hit dinger in his next at-bat.

The jack, which occurred in the top of the third, plated second baseman Eric Sogard, who led off the third frame with a single. Pederson's go-ahead jack put the Cubs up 2-1 over the San Francisco Giants at Oracle Park. Coming in the Cubs' first game on the West Coast since 2019, the 427-foot bomb left the bat at 110.4 mph and 32 degrees.

Starter Anthony DeSclafani, whom Pederson has experienced plenty of success hitting against in his career, gave up the long ball on a 93.7-mph four-seamer. Pederson's first-inning drive was caught by center fielder Steven Duggar on the warning track in center field, but Pederson's third-inning drive carried beyond right field and splashed down in San Francisco Bay.