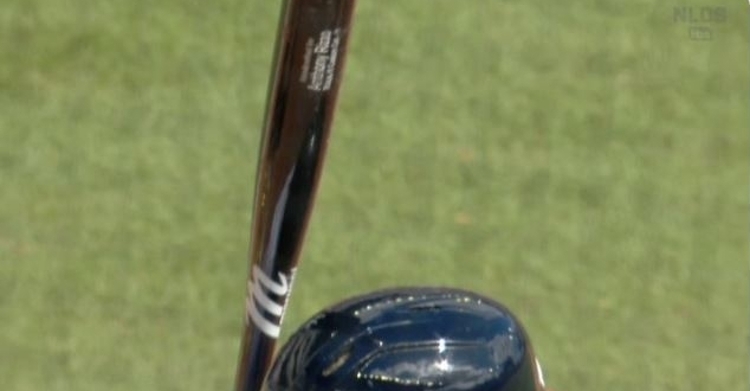 There are several former Cubs players making noise this postseason.

Pederson has been using Anthony Rizzo's bat and smacked a crucial pinch-hit three run homer on Monday during game three of the NLDS against the Brewers.

"[Rizzo] just texted me," Pederson said on the postgame interview. "I stole it from him when we were in Chicago. "He's got a lot of hits in it. Thanks, Big Horn."

According to Elias Sports, Pederson is the first player in postseason history with a pinch-hit homer accounting for every run in the game.