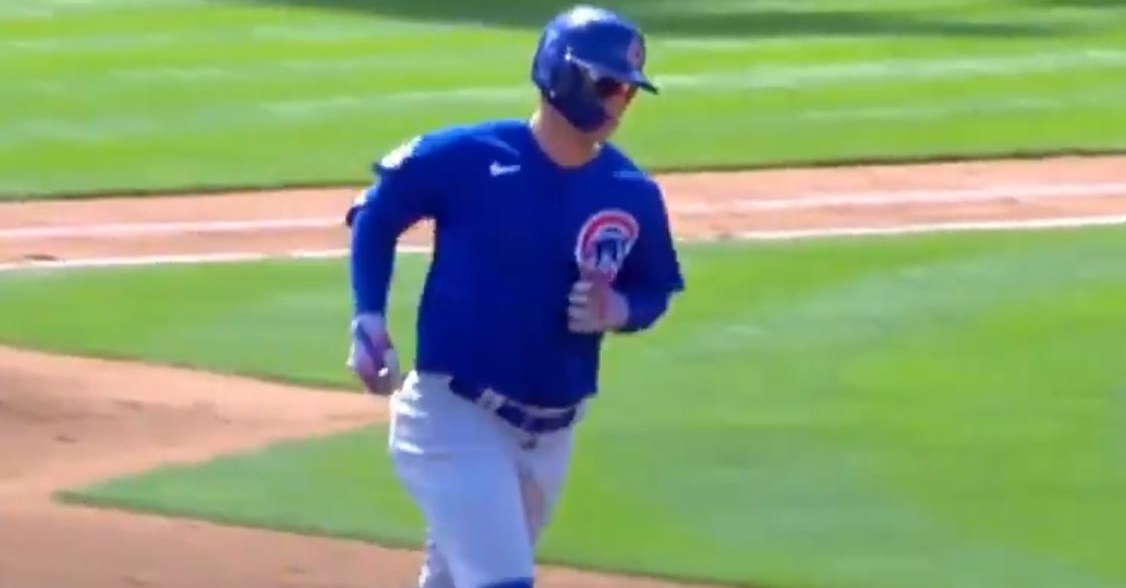 Pederson has five homers this spring

Newcomer Joc Pederson is making quite the impression this spring.

Pederson has hit two homers in his first two at-bats against the Colorado Rockies on Thursday.

The second homer to right field put the Cubs up 5-3 in the third inning.

They are his fourth and fifth homers of spring.

Pederson and third base coach Willie Harris celebrating after the 2nd homer:

Joc Pederson and third-base coach Willie Harris have had plenty of reps already for this homer celebration this spring. pic.twitter.com/xTecSVgfEl

His first homer in the first inning: