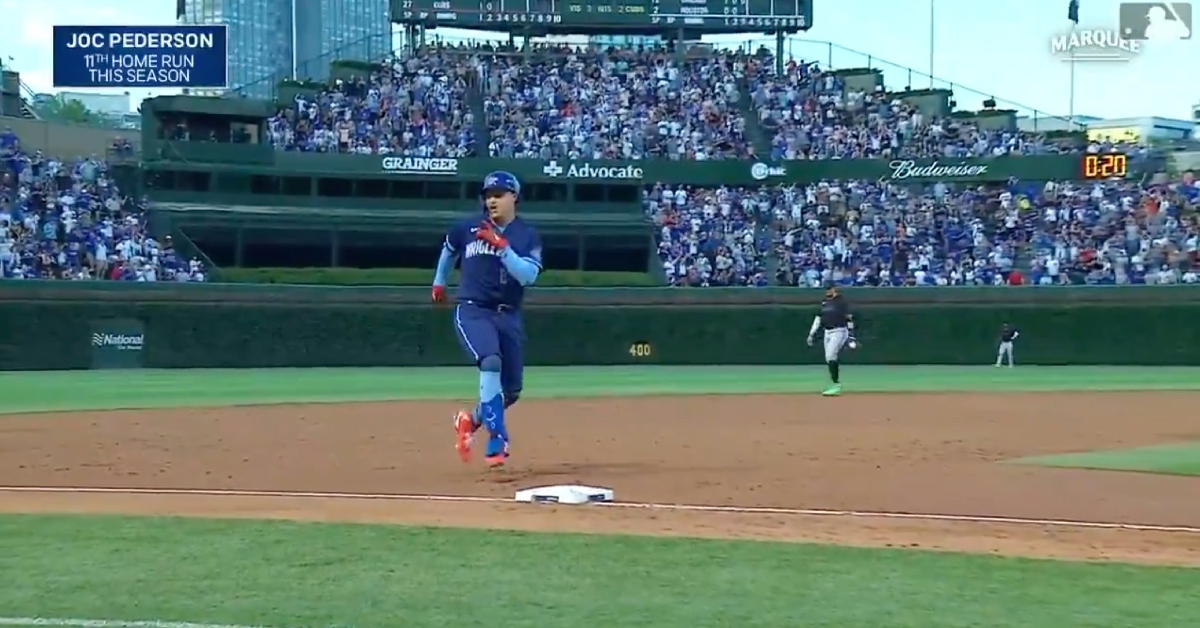 Joc Pederson was able to carry out two of his flashy home run trots in the first three innings of the contest.

Similarly, Pederson led off the bottom of the third with a hard-hit jack to right-center. Pederson's first dinger landed in the basket atop the outfield wall, but the second one carried much farther than that, as it soared 435 feet after getting walloped off the bat at 112.2 mph and 23 degrees.

Miami Marlins starter Cody Poteet gave up the solo long ball, which increased the Cubs' lead to 2-0, on an 88.4-mph changeup. Pederson made perfect contact via a sweet swing and was rather jocular as he rounded the bases. The first-year Cub has tallied 11 homers and 29 RBIs thus far in 2021.