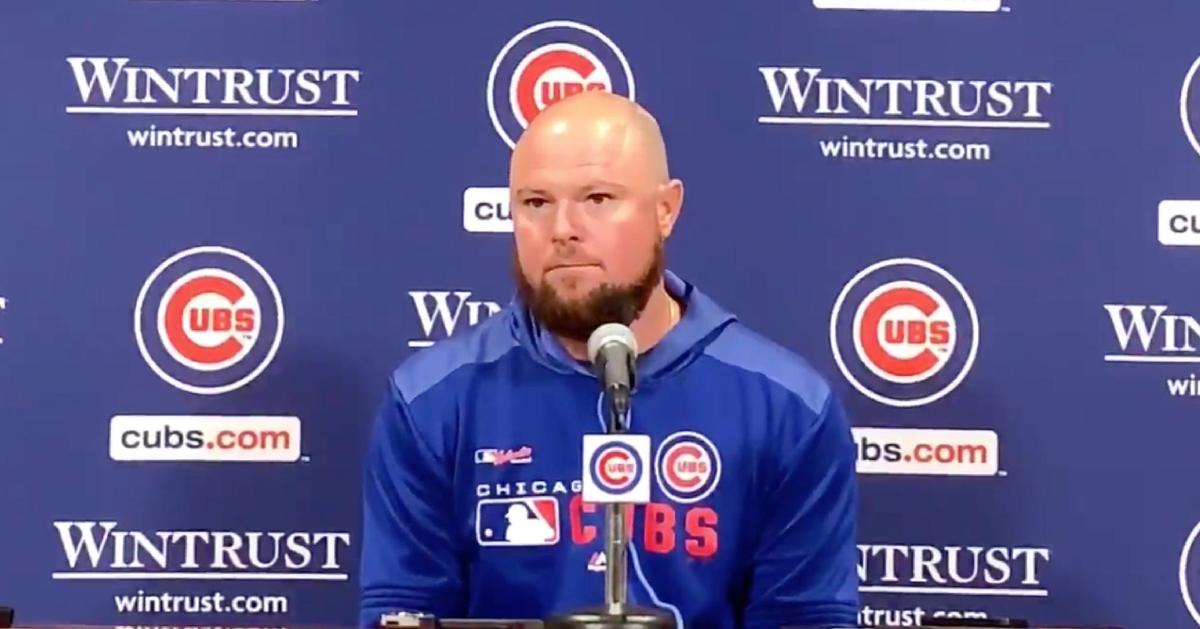 Jon Lester referred to himself as the "weakest link" of the Cubs' rotation after getting shellacked by the Athletics.

CHICAGO — Chicago Cubs starting pitcher Jon Lester was racked by the Oakland Athletics on Tuesday night as part of an embarrassing 4-inning outing at Wrigley Field for the veteran lefty. Lester gave up 11 runs on 10 hits and three walks, which raised his ERA to 4.46, and was handed the loss, thus falling to 9-8 on the season. Following the Cubs' 11-4 defeat, Lester was quite terse during his postgame press conference, as he was clearly not at all pleased with his performance.

Lester was asked about Cubs reliever Duane Underwood Jr.'s performance in the contest, which featured the young reliever striking out all six batters he faced, and drew laughter from the media by saying that Underwood "probably should have started the game." Three of Lester's last four starts have been shaky, and he called himself out for it by implying that he seriously hindered the Cubs by way of his recent string of lackluster performances.

"I'm pretty much the weakest link in the rotation right now," Lester bluntly said, "and I've got to figure out a way to right that ship."