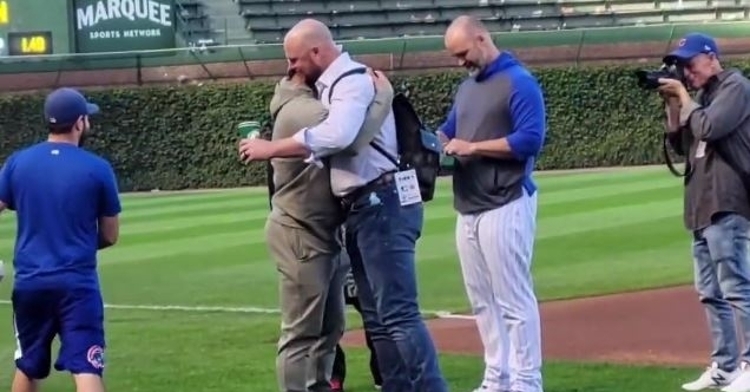 Contreras hugs Lester after getting a new Rolex

'Big Jon' will always go down as one of the top free-agent pitchers ever signed by the Cubs.

His signing paved the way for the eventual 2016 World Series title.

All of those fond memories came flooding back as he was back in town as a member of the rival St. Louis Cardinals.

After the game, Lester gifted his former backstops David Ross and Willson Contreras Rolexes on the field.

This could have been Lester's final start ever at Wrigley Field. I guess we will have to wait and see if he hangs it up or plays another season in 2022. He certainly still has a little left in the tank as he keeps adding wins to his standout career.

Best of luck to Lester on his future from everybody at CubsHQ.com.