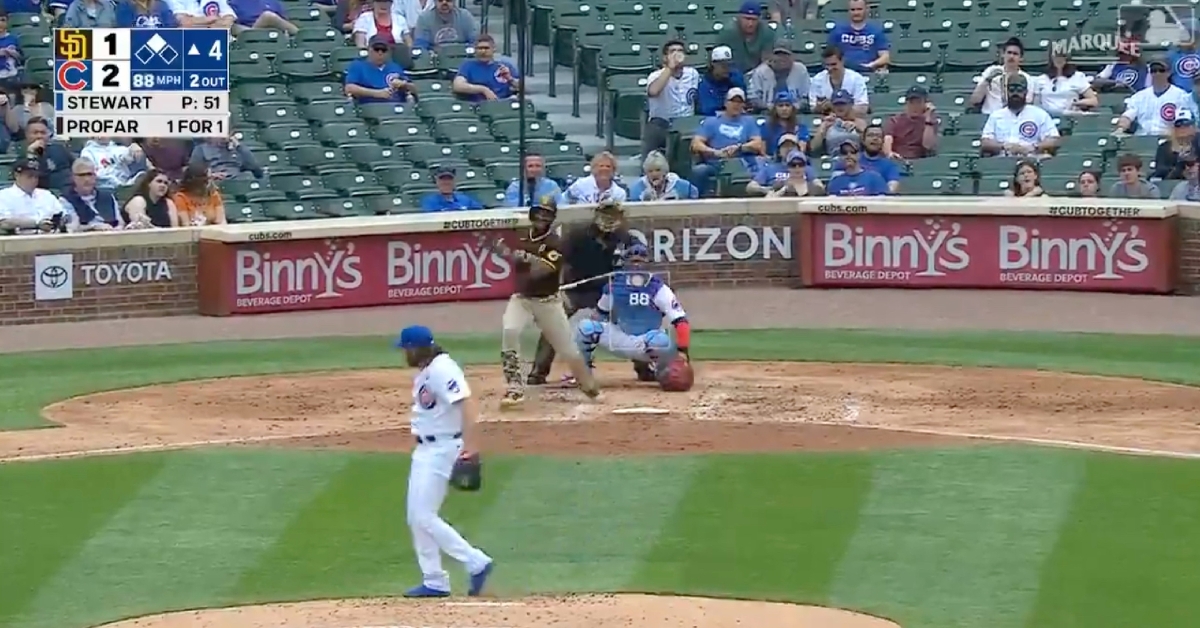 Cubs starter Kohl Stewart snagged a comebacker behind his back and made it look routine.

CHICAGO — Starting on the mound in place of Trevor Williams, who underwent an emergency appendectomy on Sunday, Kohl Stewart made his Chicago Cubs debut on Monday. The Cubs took on the San Diego Padres at Wrigley Field, and Stewart sent shockwaves through the Friendly Confines with one of the best defensive feats of the North Siders' season thus far.

Padres center fielder Jurickson Profar hit a comebacker that Stewart fielded via an incredible behind-the-back snag. Gloving the chopper with surprising ease and lobbed an underhanded toss to first baseman Kris Bryant for the putout, which ended the top of the fourth. The web gem left a runner stranded in scoring position and provided Stewart with perhaps the top defensive highlight of his young MLB career.