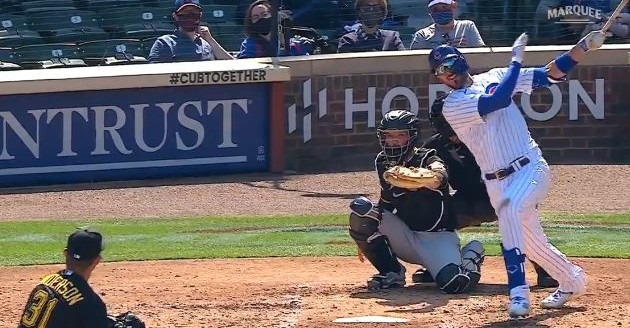 The standout third basemen hammered a solo homer to straightaway centerfield to put the Cubs up 3-1 in the third inning of Saturday's game against the Pirates.

It was his first homer of the season.

Don't look now, but Bryant is finally 100 percent healthy and in the last year of his contract. Expect a big year out of the former MVP.

Check out his dinger below:

Pressbox view of the homer:

First #RussCast of the regular season courtesy of Kris Bryant

KB pointed to his son Kyler in the stands:

Kris Bryant says he was pointing to his son, Kyler, after his home run. It was the first game with him in the stands. #Cubs