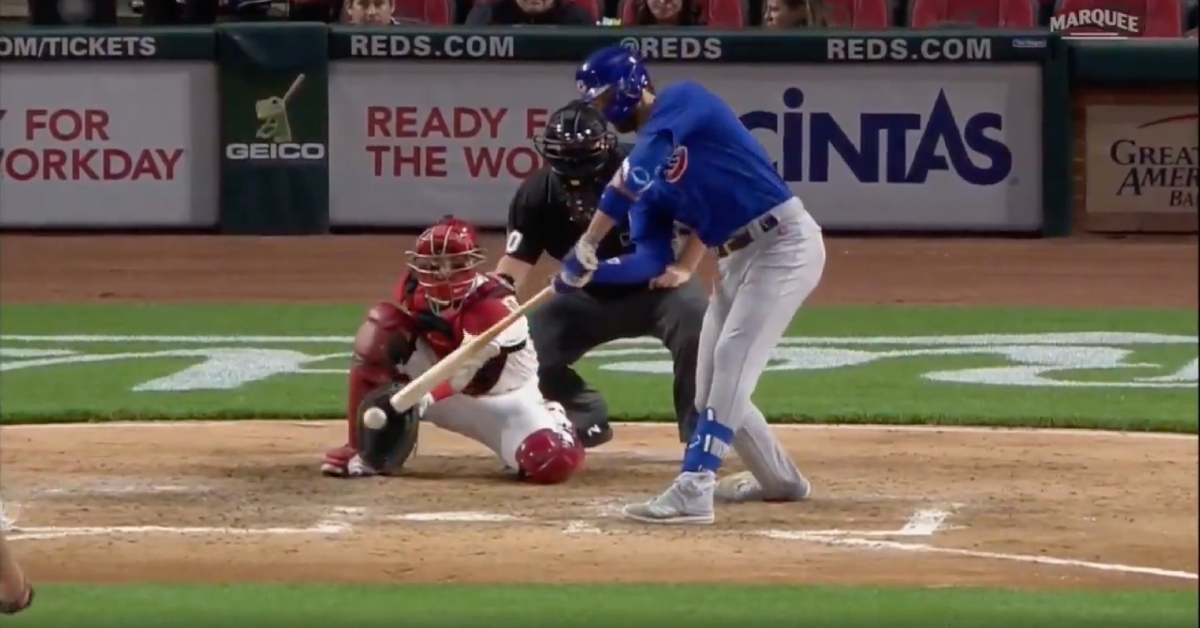 As seen here, Kris Bryant did not make contact on a checked swing that was ruled a foul tip.

CINCINNATI — Umpire Marty Foster recently came under fire for a terrible obstruction call that went against the Milwaukee Brewers in their 6-2 loss at home against the Miami Marlins on Wednesday. The perplexing ruling at American Family Field was universally panned, as obstruction was called on starting pitcher Zack Godley for a play that saw him field a dribbler on the infield grass and never enter the basepath.

Foster, who served as the first base umpire in the contest, stood by the call after the fact, and he now has another blown call to defend, as he made a phantom foul tip ruling from behind the plate on Friday. Chicago Cubs right fielder Kris Bryant was batting with his team trailing the Cincinnati Reds 7-2 in the top of the fifth at Great American Ball Park, and a terrible call by Foster did not go his way.

With one out and a runner on first base, Bryant was beside himself after a foul tip was called on a checked swing. Instant replay revealed that Bryant was not even close to making contact on his swing, which he did not go around on, yet Foster ruled that a foul tip had occurred. Cubs manager David Ross came out to discuss the ruling, but the decision stood. Bryant struck out soon afterward and showed obvious signs of frustration as he headed to the dugout. The Cubs failed to score in the fifth frame.