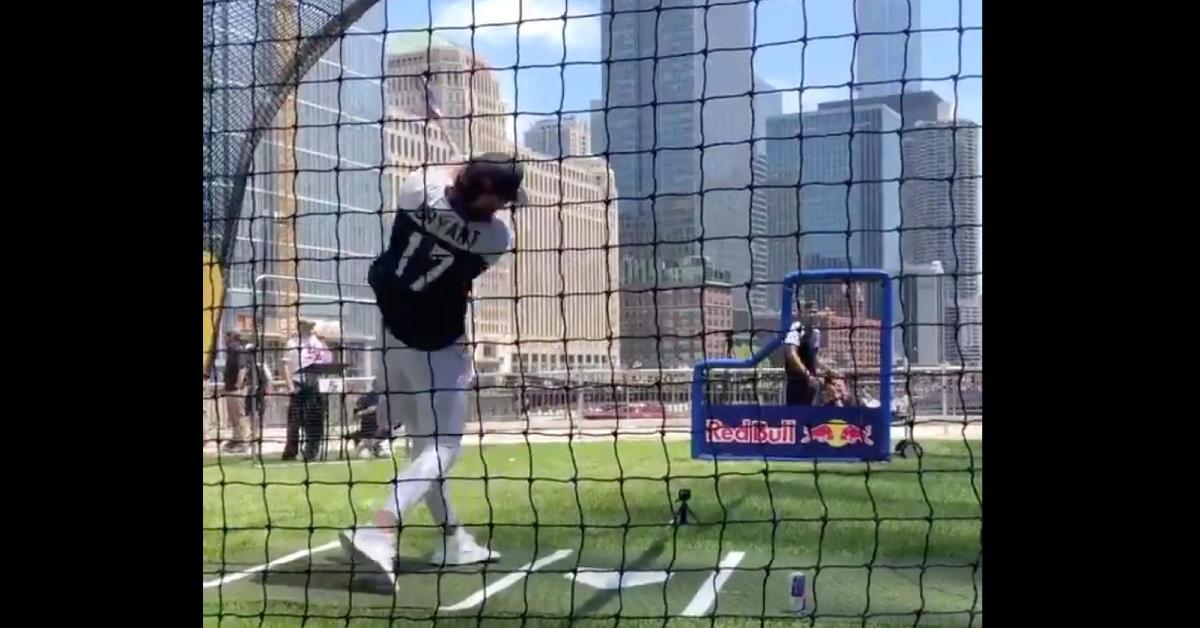 CHICAGO — Chicago Cubs third baseman Kris Bryant wrapped up his All-Star break by taking part in a unique batting-practice session on Thursday. In honor of Bryant's All-Star selection, Red Bull, the energy drink for which Bryant is a sponsored athlete, hosted the event at the Chicago Riverwalk. Actor Thomas Ian Nicholas, who played Henry Rowengartner in the classic Cubs-themed film Rookie of the Year, lobbed the pitches to Bryant, and fans were on hand to soak in the action.

Kayakers paddled around in the section of the Chicago River that some of Bryant's long balls sailed into, as they hoped to garner a souvenir or two. The bombs soared off the bat of Bryant and into the Chicago skyline, with the event taking place in downtown Chicago. Called "BP in the Streets," the special occasion provided Cubs fans with the chance to get a firsthand look at Bryant cranking moonshots in the heart of the Windy City.

@KrisBryant_23 Doing some batting practice into the river ?? Just another normal day on the @ChiRiverwalk ! ?? pic.twitter.com/J4BkBw4CCN