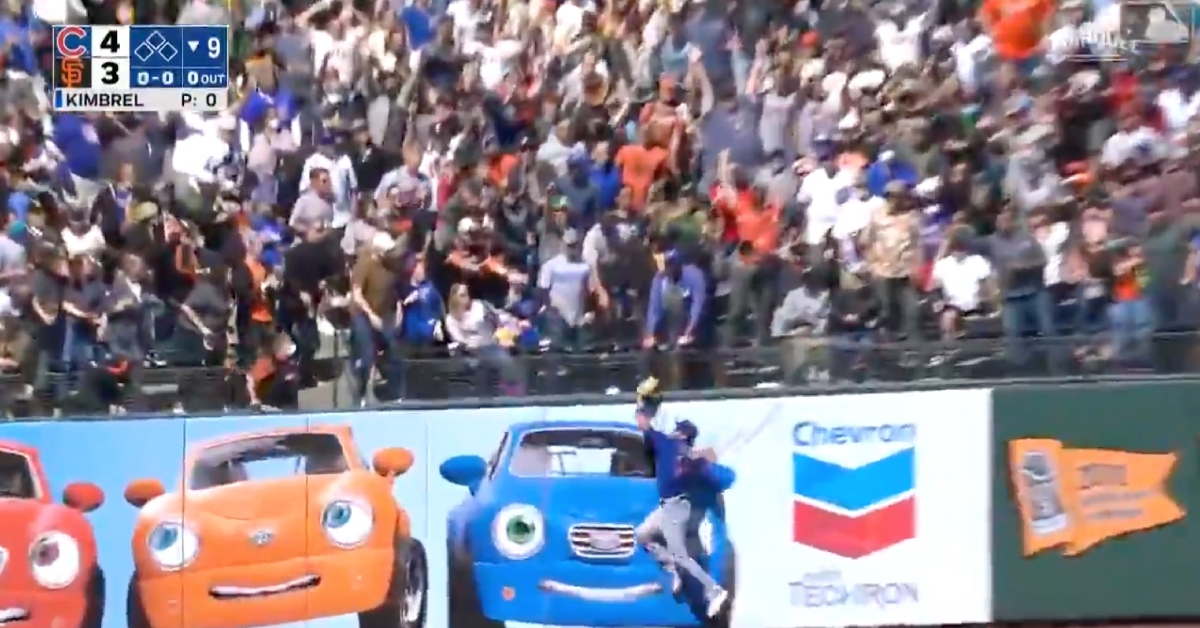 With an impressive catch at the wall, Kris Bryant robbed Mauricio Dubon of a potential game-tying leadoff homer in the bottom of the ninth.

SAN FRANCISCO — Chicago Cubs third baseman Kris Bryant has been anything but an ordinary third baseman this season, playing a variety of positions and making the majority of his starts in the outfield. In fact, Bryant last started at third base on April 20, and he showcased his defensive capabilities as an outfielder with a clutch catch in left field on Sunday.

With the Cubs clinging to a one-run advantage over the San Francisco Giants in the bottom of the ninth, Bryant robbed shortstop Mauricio Dubon of a potential game-tying home run by flashing the leather. Closer Craig Kimbrel nearly coughed up the lead on the very first pitch of his outing, with Dubon sending the opening pitch of the half-inning out to deep left.

There is no certainty as to whether the ball would have gone out or hit off the top of the outfield wall had Bryant not hauled in the catch, but Bryant made it a moot point by jumping up and pulling off the spectacular snag. Kimbrel proceeded to strike the next two batters out, locking up the Cubs' 4-3 win at Oracle Park and preventing the Giants from recording a four-game sweep.