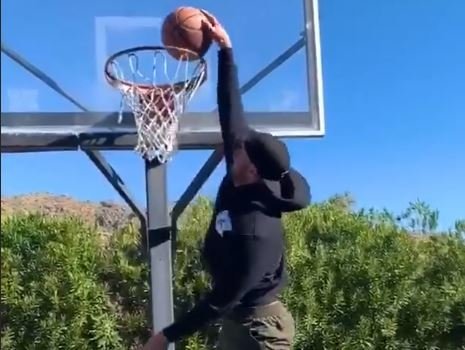 Kris Bryant is one of the world's most feared sluggers.

However, can he play basketball? It appears that he has some game as the showed off an Instagram post of him dunking a baseball after his third attempt.

Bryant was practicing his basketball skills before going to watch the Bulls per an invite by Zach Lavine on Monday night.

Kris Bryant is hanging out with Zach LaVine tonight... so naturally he’s testing out his hops! (This May have been try #3 ??)

Chicago is representing in Phoenix right now with @ZachLaVine and @KrisBryant_23 ??

Two of the Chicago’s biggest stars hanging out in Phoenix tonight ??@KrisBryant_23, how’s your jumper? pic.twitter.com/MpgwMEqVPH