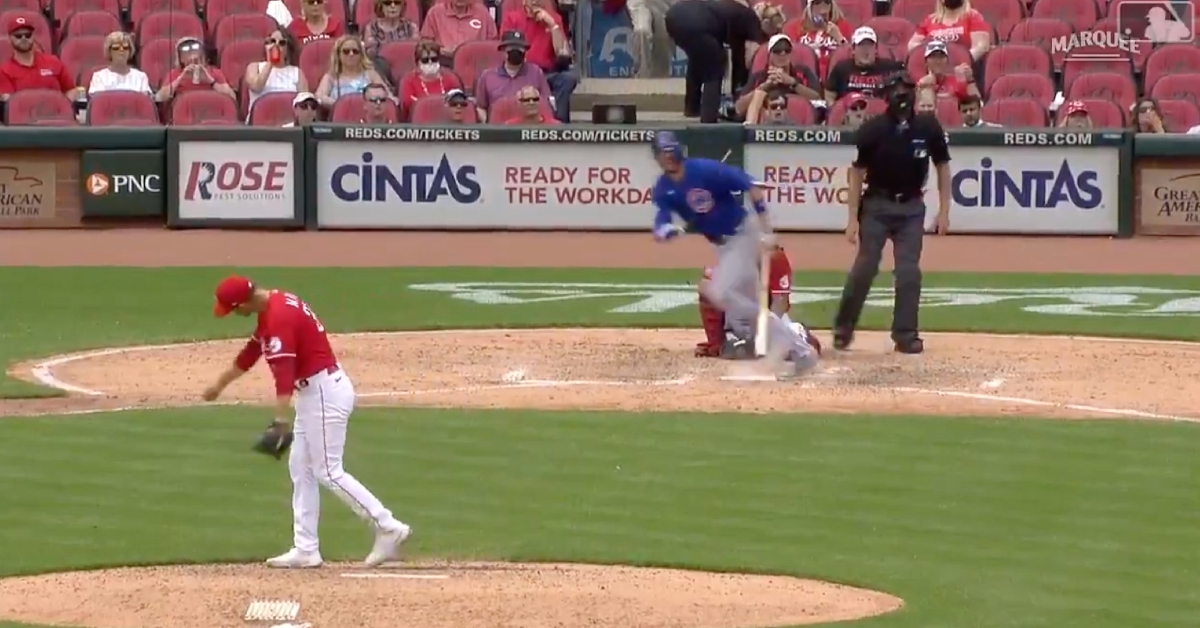 Kris Bryant is currently tied for the MLB lead in home runs (9) and extra-base hits (19). He also has 22 RBIs.

CINCINNATI — Producing his third career multi-homer performance at Great American Ball Park, Chicago Cubs left fielder Kris Bryant skied his second long ball of Sunday's game in the fifth inning. Bryant hit a go-ahead solo shot in the top of the third, and he went on to power out another solo dinger in the top of the fifth.

Bryant, who also doubled in the contest, moved to 3-for-3 at the plate against Cincinnati Reds starter Tyler Mahle on the day with the fifth-inning jack, which came with two outs. The 379-footer to left-center featured an exit velocity of 103.5 mph and a launch angle of 23 degrees. Mahle, who seemed to know the ball was gone as soon as it left the bat, gave up the blast on an 89.8-mph slider, making the score 6-5 in favor of the Reds.