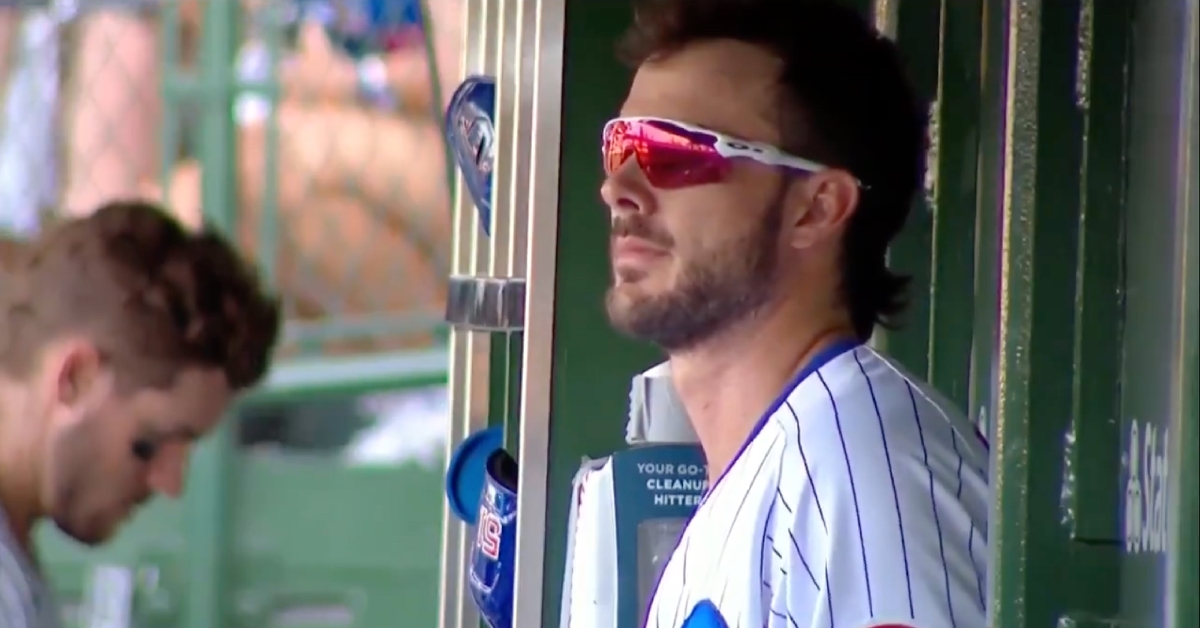 Kris Bryant made sure to take it all in after what was likely his last game as a Cub came to a close.

CHICAGO — In the Chicago Cubs' final game before the Friday afternoon trade deadline, third baseman Kris Bryant and first baseman Anthony Rizzo not only did not start for the Cubs but also did not enter Thursday's game at all. It appeared as if Bryant was preparing to potentially pinch hit in the bottom of the ninth, but the game ended before he left the dugout.

The Cubs' 7-4 loss versus the Cincinnati Reds possibly signaled the end of the "Bryzzo" era at Wrigley Field, as the longtime Cubs are on the trading block and could be dealt any minute now, which is likely why they did not start on Thursday. Bryant, who came into the big leagues as a Cub in 2015, was captured on camera soaking in the Friendly Confines following the conclusion of Thursday's contest.

An emotional scene, Bryant seemed reflective and solemn as he looked out at Wrigley Field for what was likely his last time in a Cubs uniform. The former Rookie of the Year and MVP is set to hit free agency in the offseason and has reportedly been shopped around by the Cubs' front office in recent week. If Bryant's next appearance at Wrigley Field comes as an opposing player, he is assured of receiving quite the ovation from the Cubs fans in attendance.

Here’s Kris Bryant soaking in Wrigley Field for what may be the last time. An emotional moment for both Bryant and Cubs fans.

If this is it - Thank you, KB! pic.twitter.com/P5Z83knxhp

Gotta be tough for Kris Bryant to sit and watch his tenure with the only pro ballclub he's ever known end on the bench without the ability for the Wrigley Field faithful to shower him with the massive ovation he rightly deserves. @Cubs #GoCubsGo pic.twitter.com/XgNsFhOcQ9