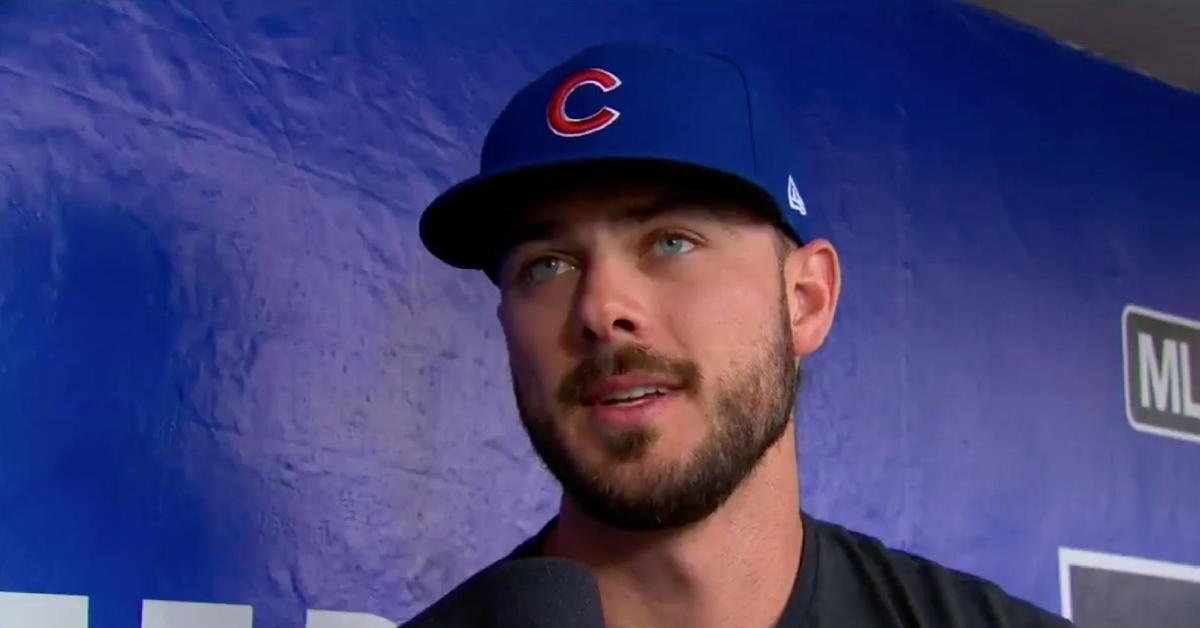 Kris Bryant talked about how refreshing it has been to utilize his normal swing after having to alter it last season.

PHILADELPHIA — MLB Network analyst Tom Verducci caught up with Chicago Cubs third baseman Kris Bryant prior to the Cubs' series opener at Citizens Bank Park against the Philadelphia Phillies on Tuesday. Verducci started off by asking Bryant about the Cubs' struggles on the road, which Bryant did not really have an explanation for.

"I don't have a great answer for you," Bryan said of the Cubs' 23-35 road record. "It's just one of those years. I don't know how to explain it, but good thing we're playing good at home."

Bryant also discussed his affinity for putting together solid plate performances at Citizens Bank Park. Bryant is batting .400 at the venue in his career, which is his highest batting average at any National League park. While Bryant could not think of a specific reason for why he hits well in Philadelphia, he did make it clear that he is totally recovered from a lingering shoulder issue that hampered his 2018 campaign.

"I can take my normal swing that I've been using my whole life," Bryant said of his approach at the dish this season. "It feels good. Last year, I was kind of hesitant at times. This year, I can say that I haven't had a problem at all, and it's been so nice to have that."

Tom Verducci caught up with @KrisBryant_23 ahead of tonight's #MLBNShowcase between the @Cubs and Phillies. pic.twitter.com/kUnjURo5hH