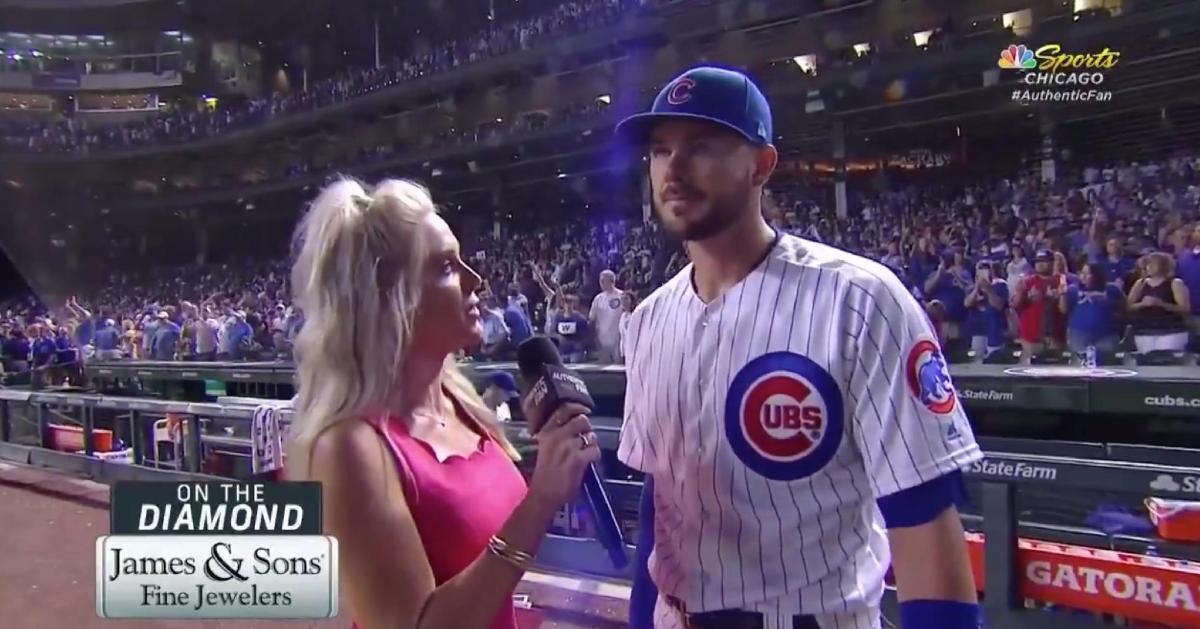 CHICAGO — "That's a season-defining win right there. It kind of felt like we weren't supposed to win that game, but it's always nice when you can steal a win from a good team."

That was Chicago Cubs third baseman Kris Bryant's response when asked about the Cubs' thrilling win over the San Francisco Giants on Wednesday night. Kris Bryant hit a go-ahead home run in the eighth inning, which led to the final score of 12-11 at Wrigley Field. Bryant went 2-for-5 with two runs scored and two RBI on the night, and in Bryant's opinion, the game-winning dinger saved him from a subpar performance.

"I pride myself in turning bad games into good games," Bryant told NBC Sports Chicago's Kelly Crull in his on-field interview. "The first three at-bats didn't go my way. I made an adjustment and turned it around."

Bryant also hit a single down the right-field line in the bottom of the sixth that helped spark a 3-run inning for the Cubs. In a contest that featured five lead changes, the Cubs were able to grind out lengthy innings with plenty of small ball en route to Bryant's long ball putting the team ahead for good. While speaking with Crull postgame, Bryant cited the win as a shining example of the Cubs' moxie paving the way for an impressive victory.

"We never quit," Bryant said. "We never give up. It's a perfect example of that."

After putting the #Cubs ahead for the win, KB catches up with @Kelly_Crull ON THE DIAMOND (@JandSJewelers) pic.twitter.com/PReuRpgMwa