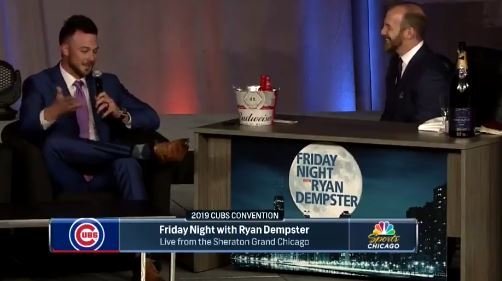 Former Cubs pitcher Ryan Dempster hosted his self-titled 'Friday Night with Ryan Dempster' show during the first night and had Kris Bryant discussing his down time during the offseason.

Bryant talked about hanging out with Bryce Harper and their wives and meeting the rapper Nelly during a concert in St. Louis.

This is some good clean fun with your rival by Bryant. Honestly, I have spent time in both cities, and I have to agree with Bryant, Chicago has a lot more things to do.

KB and Dempster talking shit about St. Louis is the clip that we all needed out of the Cubs Conventionpic.twitter.com/xhUPQHPQVB