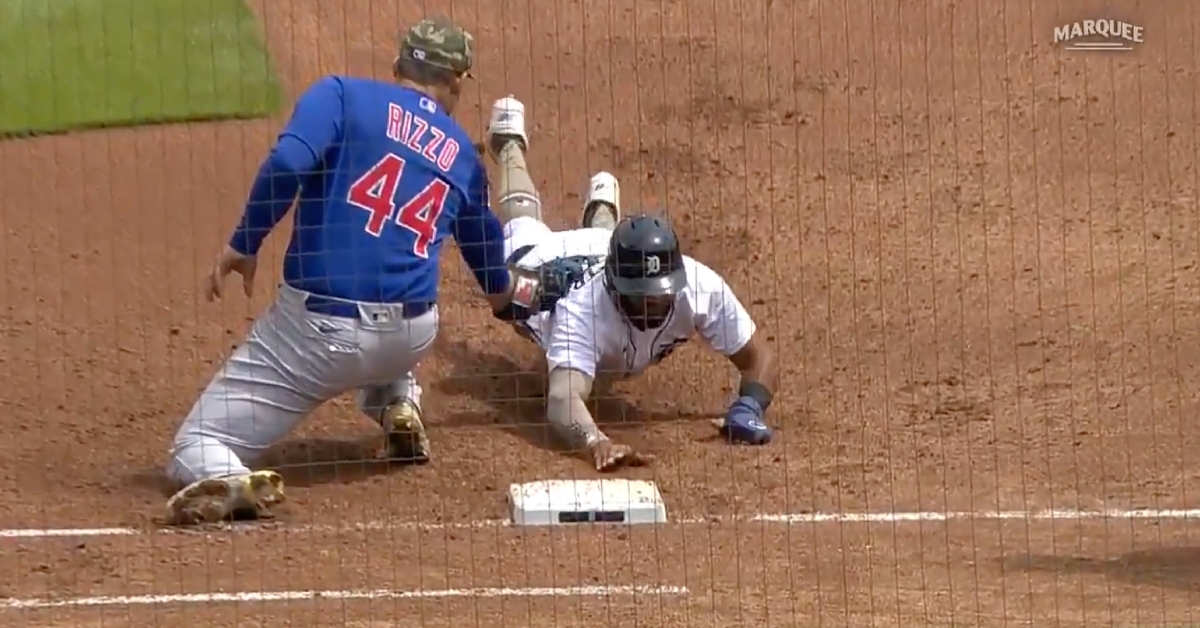 Anthony Rizzo completed a pickoff at first base by tagging out Willi Castro as he dived back toward the bag.

DETROIT — After throwing to first base several times in an attempt at picking off Detroit Tigers second baseman Willi Castro, Chicago Cubs starting pitcher Kyle Hendricks was able to successfully pick Castro off in the bottom of the third on Sunday. Castro led off the half-inning with a single and proceeded to toy with Hendricks while seemingly contemplating a steal attempt with the Tigers trailing 1-0 at Comerica Park.

Hendricks eventually carried out his pickoff move to perfection, and first baseman Anthony Rizzo applied a lightning-fast tag on Castro, who was called out. Castro was unable dive back to the bag in time, and Hendricks was caught by the television broadcast flashing a rare smile on the mound after picking him off. "The Professor" recorded an inning-ending strikeout soon afterward, keeping the Tigers off the scoreboard.