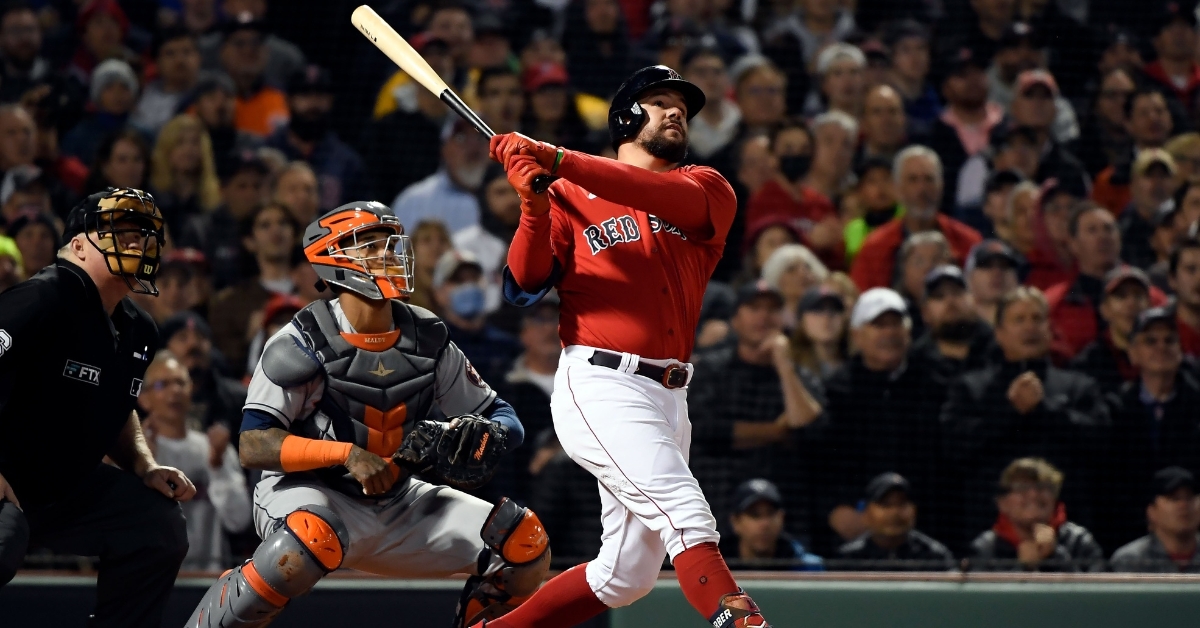 On Tuesday night, Schwarber crushed a grand slam in the win over the Astros in the ALCS. The homer traveled 430 feet and had an estimated exit velocity of 114 MPH.

Schwarber's second-inning grand slam was the Red Sox's 17th homer of this postseason, more than double of the next team, according to ESPN Stats & Info.

"I definitely wasn't thinking home run, but I was thinking don't be late and get it in the air," Schwarber said after the win, as seen on NESN's postgame coverage. "You try and get at least one. Not going up there thinking home run, that could turn into a pop-up or something like that. So just trying not to be late. You know a heater's coming there, and just go from there."

He is tied for eighth all-time in the fewest at-bats per homer in MLB postseason history at 12.6. In case you were wondering, first place is Babe Ruth at 8.6.

The GRANDEST of Schwarbombs! pic.twitter.com/haiJebg7cS