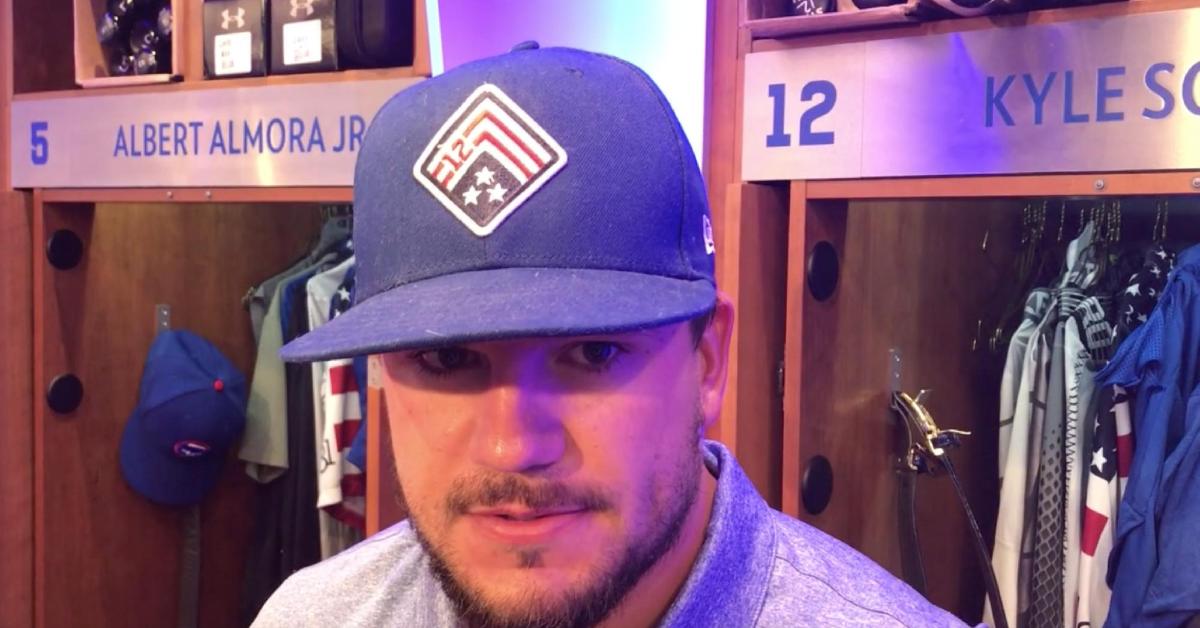 Kyle Schwarber hit his first career walkoff home run against the team that he rooted for as a kid.

CHICAGO — A native of Cincinnati, Chicago Cubs left fielder Kyle Schwarber grew up a diehard Cincinnati Reds fan. Therefore, it was pretty surreal for him to hit his first career walkoff home run against his boyhood team, as Schwarber skied a walkoff dinger in the bottom of the 10th on Tuesday to provide the Cubs with a 4-3 victory over the Reds.

Claiming to reporters after the game that he was actually trying to hit a single in the game-ending at-bat, Schwarber said that he was happy to be able to cross a major item off his baseball bucket list by tallying his first career RBI of any kind. The walkoff bomb at Wrigley Field landed in the basket at the top of the wall in left-center and was Schwarber's lone hit of the night.