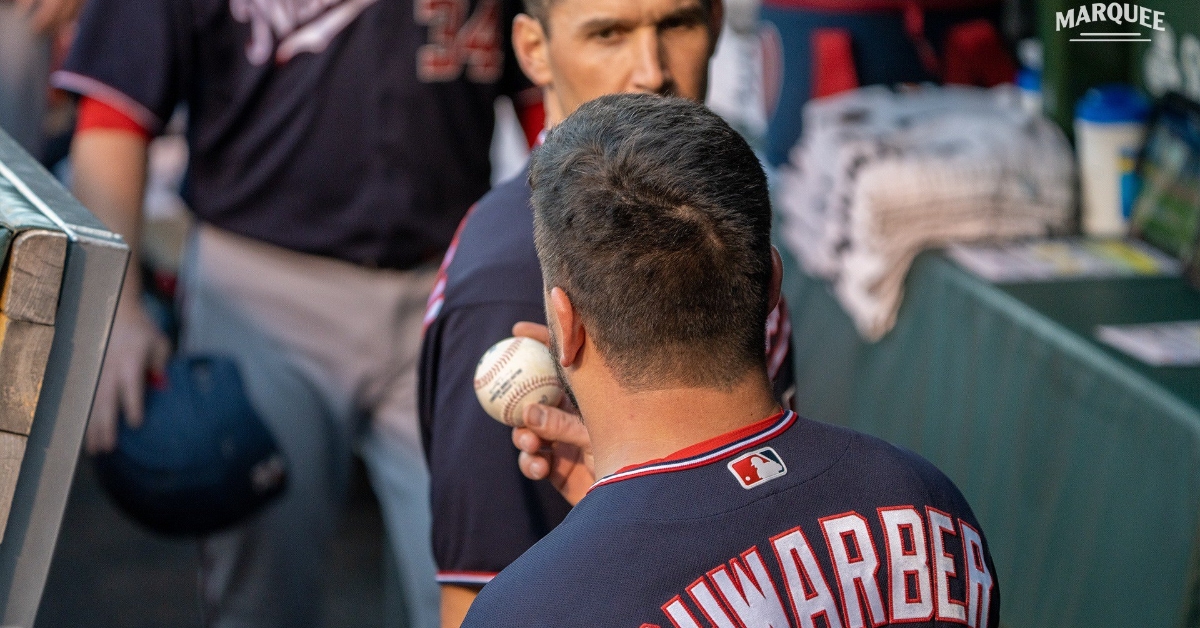 Even as a fan favorite, Kyle Schwarber had his home run ball thrown back as a visitor at Wrigley Field. (Credit: @WatchMarquee on Twitter)

CHICAGO — Providing starting pitcher Jon Lester with some run support, left fielder Kyle Schwarber plowed a 407-foot two-run jack at Wrigley Field on Monday. The dinger pulled the Washington Nationals within one run of the Chicago Cubs in the first meeting between the two teams since Lester and Schwarber left the Cubs and joined the Nats in the offseason, trimming Chicago's lead to 4-3.

Starter Adbert Alzolay gave up the "Schwarbomb" on a 93.5-mph sinker in the top of the fourth. First baseman Josh Bell singled in the previous at-bat. Schwarber crushed the pitch off the bat at 104.6 mph. The tater, Schwarber's sixth of the season, sported a launch angle of 24 degrees.

Earlier in the contest, Cubs right fielder Jason Heyward, Cubs catcher Willson Contreras and Nationals shortstop Trea Turner homered in the slugfest. Fitting with Wrigley Field tradition, Schwarber's home run ball was thrown back on the field, giving Schwarber the opportunity to collect the special souvenir. He now has 17 RBIs on the year.

Throw every opponents home run ball back, even if it's Kyle Schwarber. pic.twitter.com/gtYJMMSzlu