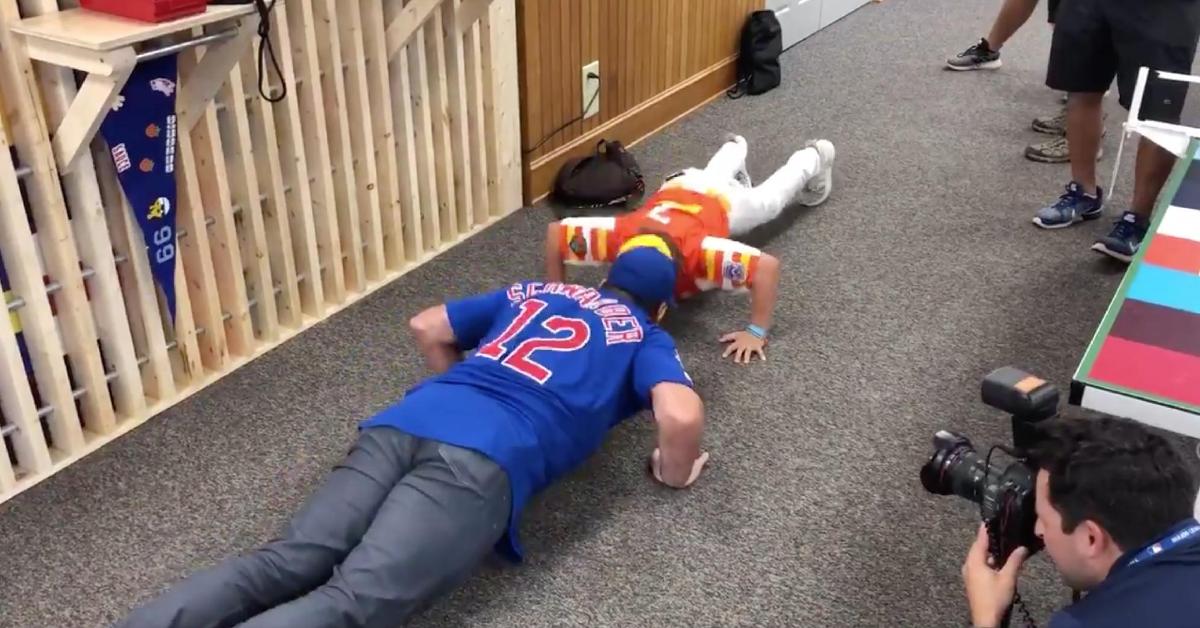 WILLIAMSPORT, Pa. — As part of the pregame festivities at the third annual MLB Little League Classic, Chicago Cubs left fielder Kyle Schwarber engaged in a game of ping-pong and a lighthearted push-up competition with a little leaguer at BB&T Ballpark at Historic Bowman Field. The Cubs are scheduled to compete against the Pittsburgh Pirates on Sunday night, marking the Cubs' first appearance in the new tradition.

Following a ping-pong battle that saw Schwarber edge out his young opponent, Schwarber and the Little League player did push-ups in unison, with onlooking fans counting how many they completed out loud. Fittingly, the contest ended in a tie, and Schwarber exchanged a high-five with the little leaguer, who was assuredly thrilled to have met a prominent big leaguer like Schwarber. Following Sunday afternoon's Little League World Series action, Schwarber and the Cubs will take the field under the lights for a primetime battle with the Pirates.

This is what happens when you lose to @kschwarb12 in ping pong. ??@GEICO #LittleLeagueClassic pic.twitter.com/Z3FzVlAP2M