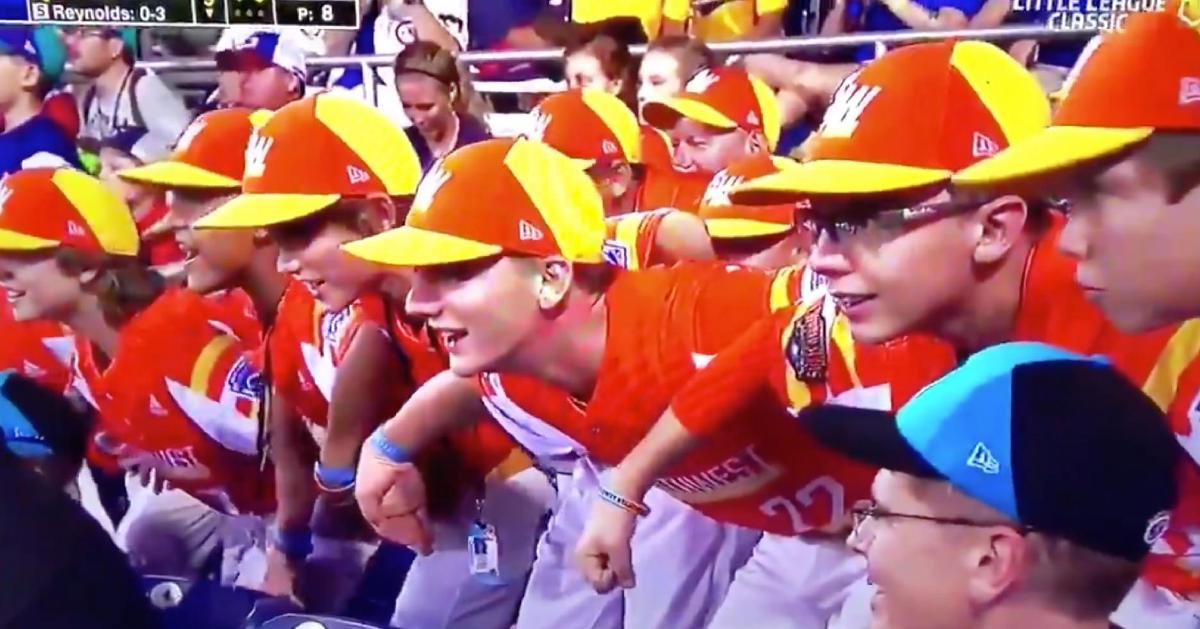 Several little leaguers showed off their Craig Kimbrel impressions while sitting in the stands on Sunday.

WILLIAMSPORT, Pa. — With the Chicago Cubs leading the Pittsburgh Pirates 7-0 heading into the bottom of the ninth on Sunday, Cubs closer Craig Kimbrel pitched after being activated off the injured list earlier in the day. Kimbrel threw 15 pitches and was able to bounce back and collect two straight strikeouts after giving up a leadoff home run and hitting the ensuing batter.

However, the highlight of Kimbrel's 2/3 innings pitched was the hilarious Kimbrel impersonations being put on by the little leaguers sitting behind home plate. The matchup at BB&T Ballpark at Historic Bowman Field served as the 2019 MLB Little League Classic, and the stands were filled with young players in town for the Little League World Series.

Kimbrel is known for his pronounced pose when he pitches out of the stretch, which is essentially every pitch, and the little leaguers in Kimbrel's line of sight behind the dish enjoyed modeling it. With their upper arms sticking out to their sides and their forearms pointing down, the crouched-down little leaguers did an excellent job of channeling Kimbrel and seemed to have a lot of fun doing it.

The kids did the Kimbrel! ?? pic.twitter.com/UgArpAIqjI

Craig Kimbrel threw 15 pitches (12 strikes) and struck out two in his first game back. Also gave up a homer and hit a batter.

The real highlight was the kids behind home plate mimicking his setup. pic.twitter.com/pT9dS2qmun