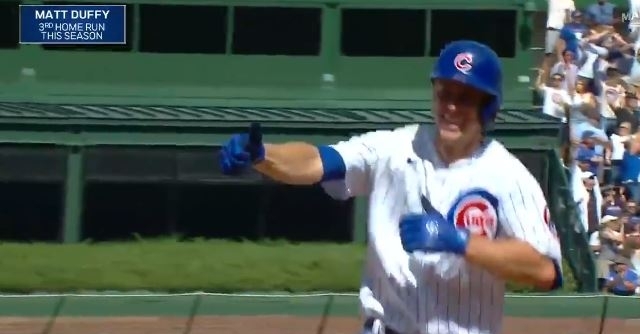 The Chicago Cubs are raking today as their bats are hot at Wrigley Field.

In the third inning, Cubs second baseman Matt Duffy smacked a grand slam to put the Cubs up 7-5. It was the first career grand slam of his major league career.

It was his second homer of the afternoon as he hit his first career homer at Wrigley Field earlier in the contest.

In addition to those personal records for Duffy, the five RBIs through three innings ties a career-high.

Check out his grand slam below: