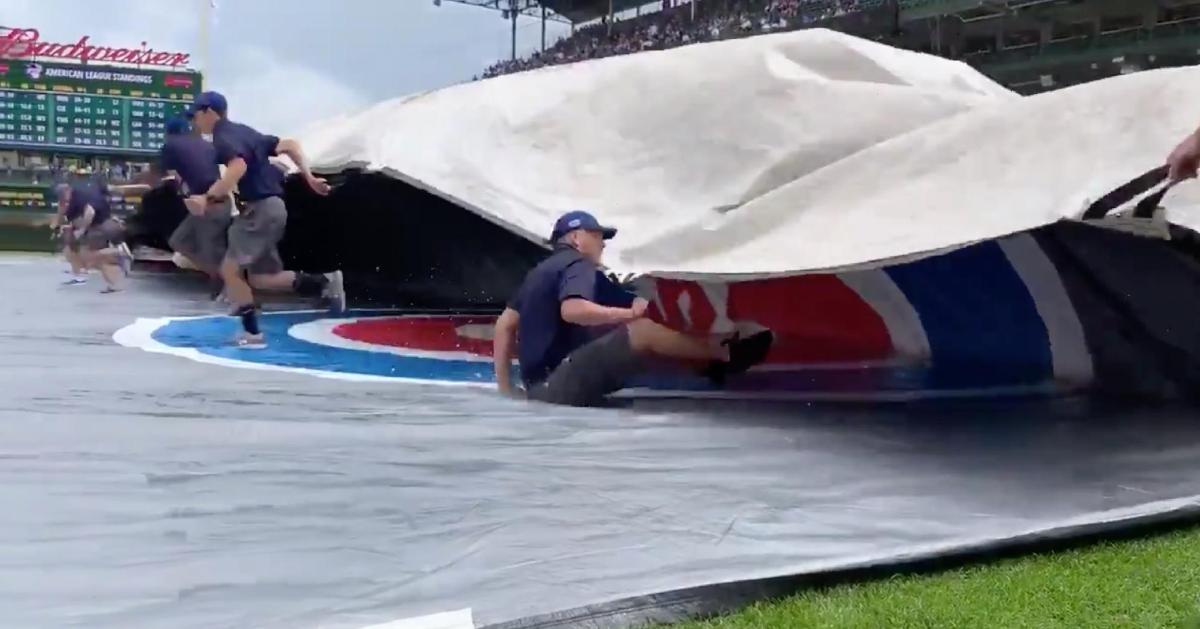 Giving new meaning to "slip-and-slide," this unlucky grounds-crew employee was engulfed by the Wrigley Field tarp.

CHICAGO — The beginning of Sunday's game at Wrigley Field between the Chicago Cubs and the San Diego Padres was delayed by a half-hour because of a rain shower that rolled in. Therefore, the tarp was brought out to cover the diamond, and once the rain delay ended, the grounds crew came out to remove it. Unfortunately for one hapless member of the Wrigley Field grounds crew, he was caught on camera committing the ultimate grounds-crew goof.

While the crew members furiously raced to pull one end of the tarp to the other in order to expediently fold the tarp up so that the players could take the field, a clumsy tarp puller lost his footing on the slick surface and fell without anyone around him realizing it. Therefore, the poor soul was pulled underneath the tarp and dragged along with it as the workers continued to race to the other side. Other than suffering from severe embarrassment, the gawky guy was assuredly just fine.

Wanna see some magic? Watch the Cubs make a member of their grounds crew disappear pic.twitter.com/MJt8xkrZ6T