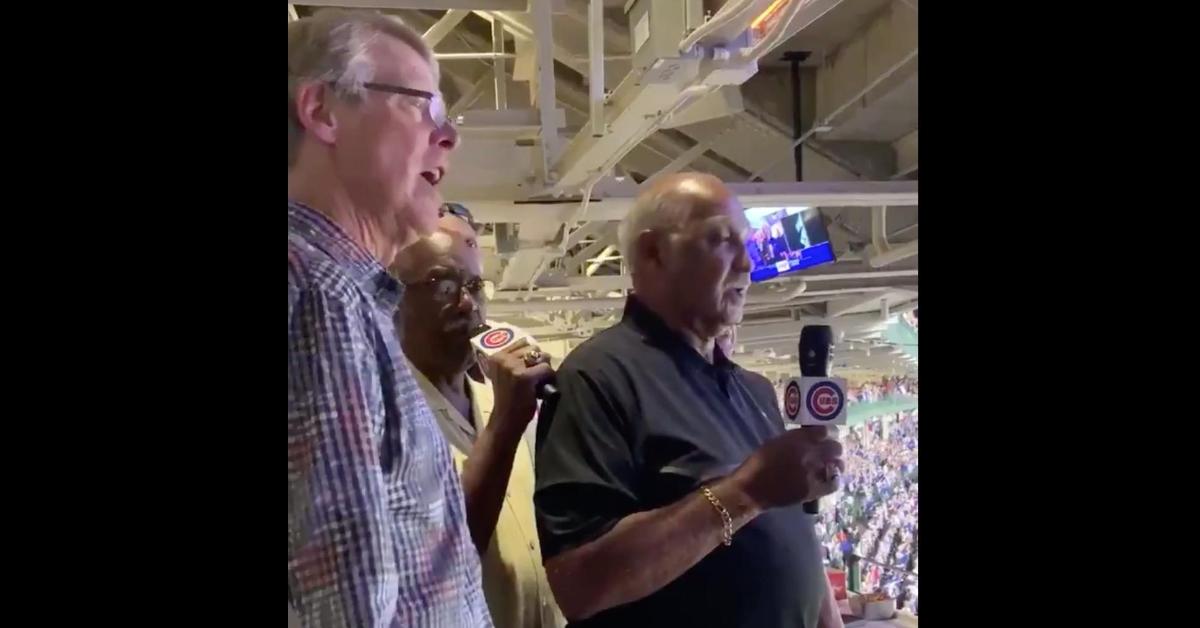 The seventh-inning stretch at Wrigley Field on Tuesday made for a touching moment.

CHICAGO — A touching moment took place during the seventh-inning stretch of the contest between the Chicago Cubs and the Cincinnati Reds at Wrigley Field on Tuesday night. With the 1969 Cubs team that went 92-70 but came up short in a memorable pennant race against the New York Mets being honored, several members of the team were on hand to throw out ceremonial first pitches and sing "Take Me Out to the Ball Game."

While it was already touching enough to have Hall of Fame left fielder Billy Williams and other Cubs old-timers in the broadcast booth for the stretch, it was even more touching that they sang along to a video of late, great Cubs legends Ernie Banks and Ron Santo singing the stretch from several years ago. It was a heartfelt way to honor the impacts that Banks and Santo, who would have assuredly loved to take part in the tribute for the 1969 team, made on the Cubs and their teammates.