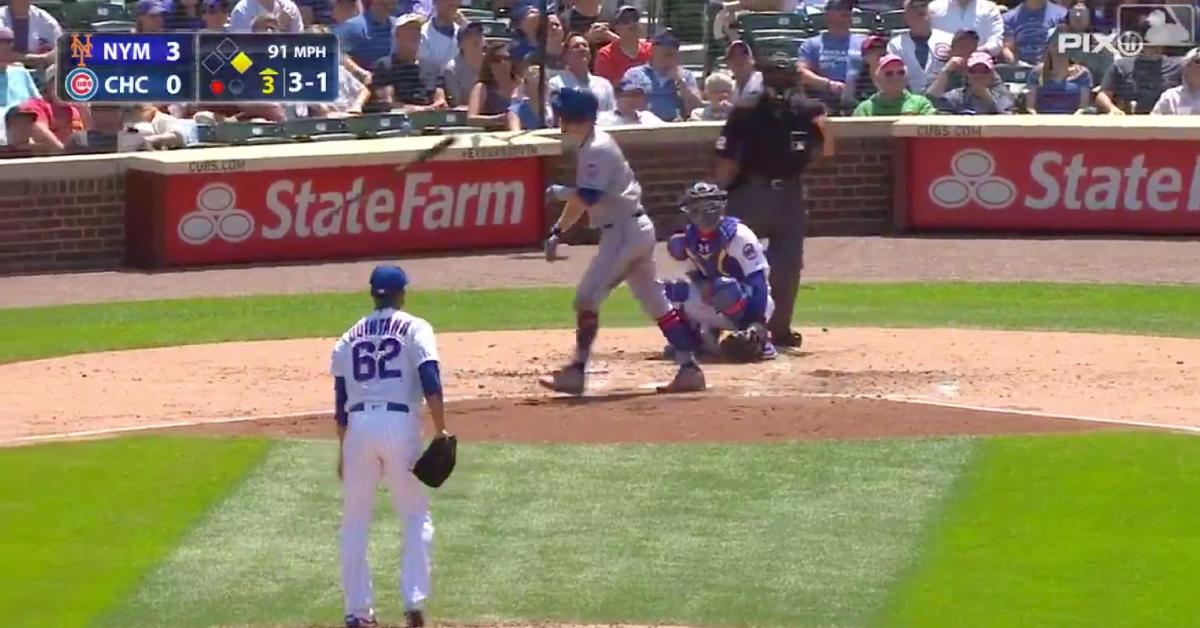 CHICAGO — The wind at Wrigley Field has fooled many players over the years, but defenders attempting to catch high popups have typically been the ones victimized. On Saturday, however, a visiting hitter was the one who was miffed by the gusts of the Friendly Confines, with New York Mets third baseman Todd Frazier thinking that he had hit a flyout that ended up being a home run.

With the Mets battling the Chicago Cubs in the Windy City on the afternoon, the wind was blowing out at speeds between 10 and 15 miles per hour. Therefore, a lofty shot that Frazier hit in the top of the third had all of the makings of a routine fly ball off the bat, but the gale got underneath the baseball and pushed it out beyond left field for a 2-run homer.

Frazier was likely very surprised that the 369-foot dinger left the yard, as he reacted in disgust after skying what he assumed to be a popout and threw his bat aside in a frustrated fashion. Although the wind made a mockery of him, Frazier was assuredly happy that it worked its magic to give him a home run, which provided the Mets with a 5-0 lead.

.@FlavaFraz21 bat flips even when he doesn't mean to. #LGM pic.twitter.com/WEQOyt8Pqn