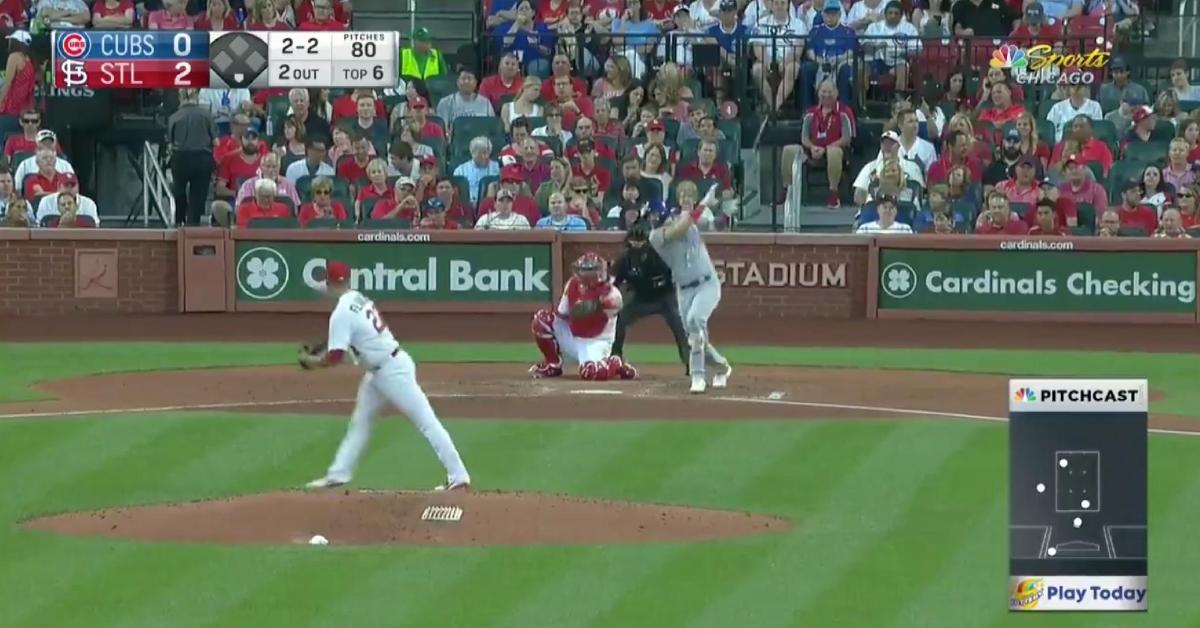 Nicholas Castellanos tallied his first hit with the Chicago Cubs on a single that broke up a no-hitter.

ST. LOUIS — Although it was merely a routine base knock to right field, Chicago Cubs right fielder Nicholas Castellano's sixth-inning single at Busch Stadium on Thursday night was quite important. Not only did the single mark the first hit in a Cubs uniform for Castellanos, but it also broke up a St. Louis Cardinals no-hitter.

Castellanos was traded to the Cubs by the Detroit Tigers on Wednesday, and he started in his Cubs debut versus the Cardinals on Thursday. Cardinals starter Jack Flaherty took a no-hitter into the sixth, and, with two outs, Castellanos accrued the milestone hit with his new club and also ended the threat of the Cubs going hitless on the evening.