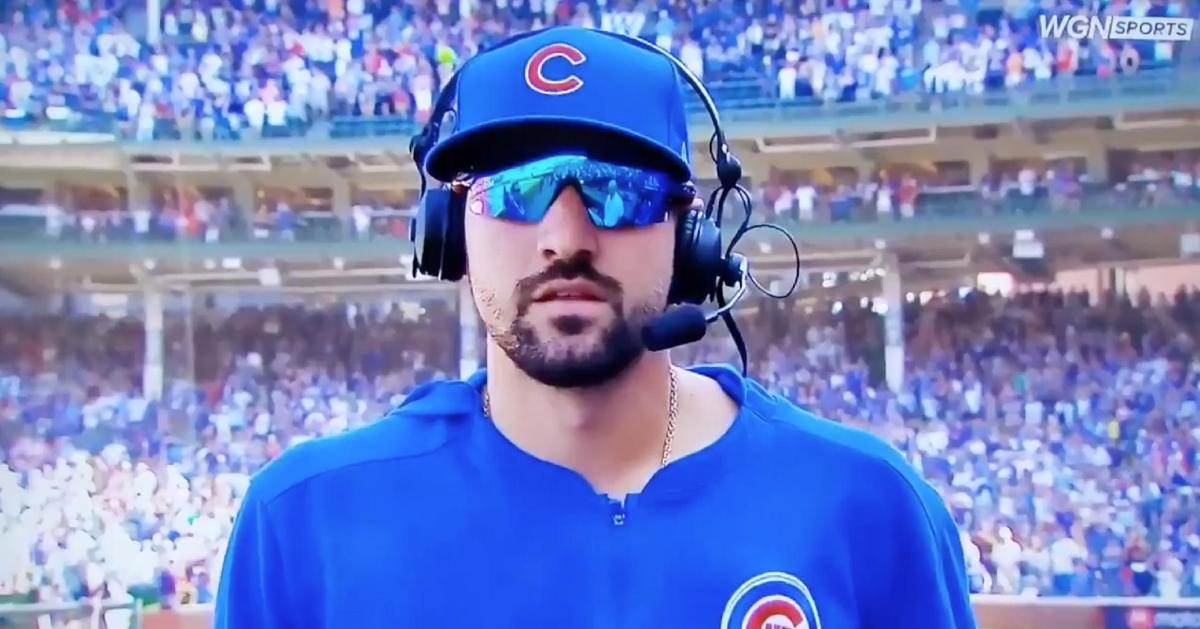 New Cub Nicholas Castellanos was blown away by the passionate fans loudly singing in the stands at Wrigley Field.

CHICAGO — "Listen to these people."

Essentially voicing his thought out loud, a bewildered Nicholas Castellanos was in awe of the cacophony of voices emanating from the Wrigley Field seats as the passionate Bleacher Bums sang "Go, Cubs, Go" in unison following the Cubs' 7-2 win over the Milwaukee Brewers on Sunday. By way of the 5-run victory, the Cubs earned a 3-game sweep of their rivals from the north, and Castellanos contributed by driving in a run on a second-inning single.

Castellanos collected his first RBI since being dealt to the Cubs by the Detroit Tigers at the trade deadline when he slapped a chopper through the 5-6 hole that plated Jason Heyward in the bottom of the second. Through five games with the North Siders, Castellanos, who has played in both left field and right field with Chicago, has gone 5-for-16 and garnered a pair of doubles.

"I feel good," Castellanos said during a postgame interview with Cubs broadcasters Jim Deshaies and Len Kasper. "It's like a new boost of energy I have playing here at Wrigley Field."

When asked about the trade and whether or not he knew that getting shipped to the Cubs was a possibility, Castellanos claimed that, due to the high volume of trade rumors pertaining to him that have emerged in recent years, he opted not to think about it until he received the news on July 31 that the Tigers had traded him. Castellanos also sloughed off a question about the wind not blowing out during his first series at the Friendly Confines as a Cub but admitted that he would not be upset if the wind blew out at future home games.

Nick C! Interview folks as #Cubs #FlyTheW and damn he is killing it making an immediate effect with the Cubbies already. #GoCubsGo #EverybodyIn pic.twitter.com/2QSbSUb8Dk