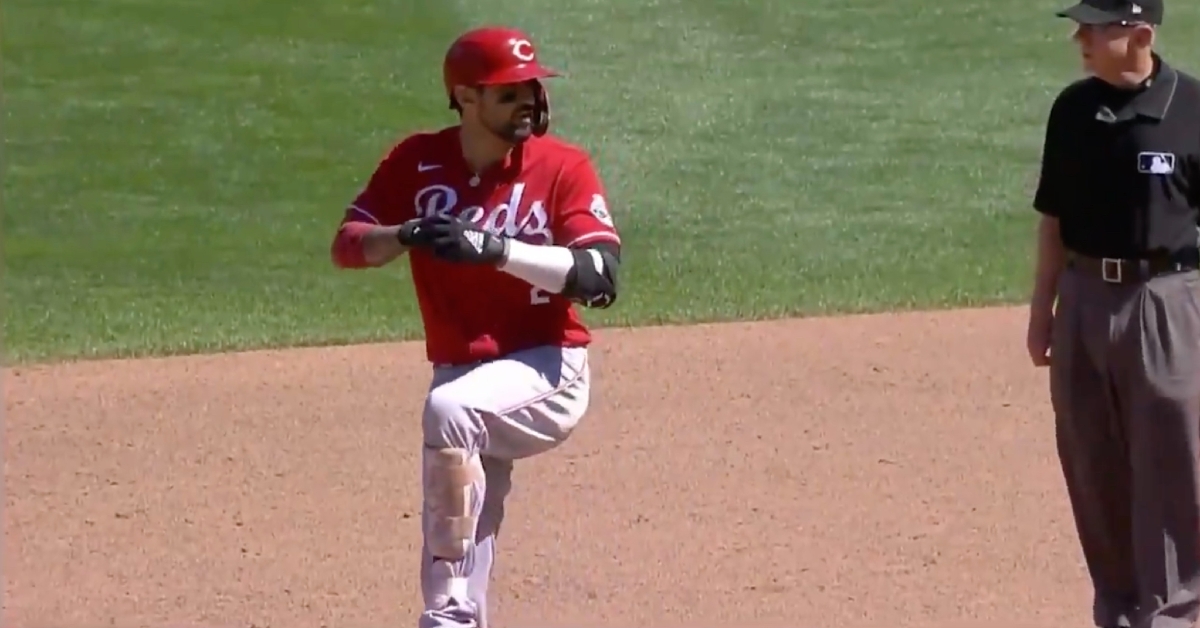 Nicholas Castellanos did not hesitate to mock Hansel Robles' unorthodox pitching motion after smacking a double off him.

MINNEAPOLIS — Former Chicago Cubs right fielder Nicholas Castellanos is quite the colorful character and has no qualms about irritating his opponents. Castellanos, now with the Cincinnati Reds, exemplified as much by having fun at an opposing pitcher's expense on Tuesday.

In the Reds' 10-7 win over the Minnesota Twins at Target Field, left fielder Tyler Naquin hit a go-ahead three-run homer in the top of the ninth, but Castellanos, who scored via the home run, initially sparked the Reds in the final frame by hitting a one-out double. Castellanos doubled off Hansel Robles and used the opportunity to mock the reliever.

While winding up to deliver the pitch that Castellanos converted into a two-bagger, Robles paused with his front leg in the air and wiggled the leg around for a few moments before throwing the pitch. Castellanos poked fun at the odd delivery after reaching second base, reenacting it with Robles looking right at him.

Castellanos and Robles briefly exchanged words before the next plate appearance due to Castellanos celebrating the double by mocking Robles' windup in the direction of the Reds' dugout. Clearly peeved by the mockery, Robles may have allowed Castellanos to get to him, thus leading to Naquin's dinger. Regardless, pitchers might want to think twice before dabbling in histrionics while pitching to Castellanos because embarrassment could soon follow.

Nick Castellanos launching a double then mocking the pitcher.... this guy literally wants smoke with everybody ?? pic.twitter.com/hlS12PEDLr