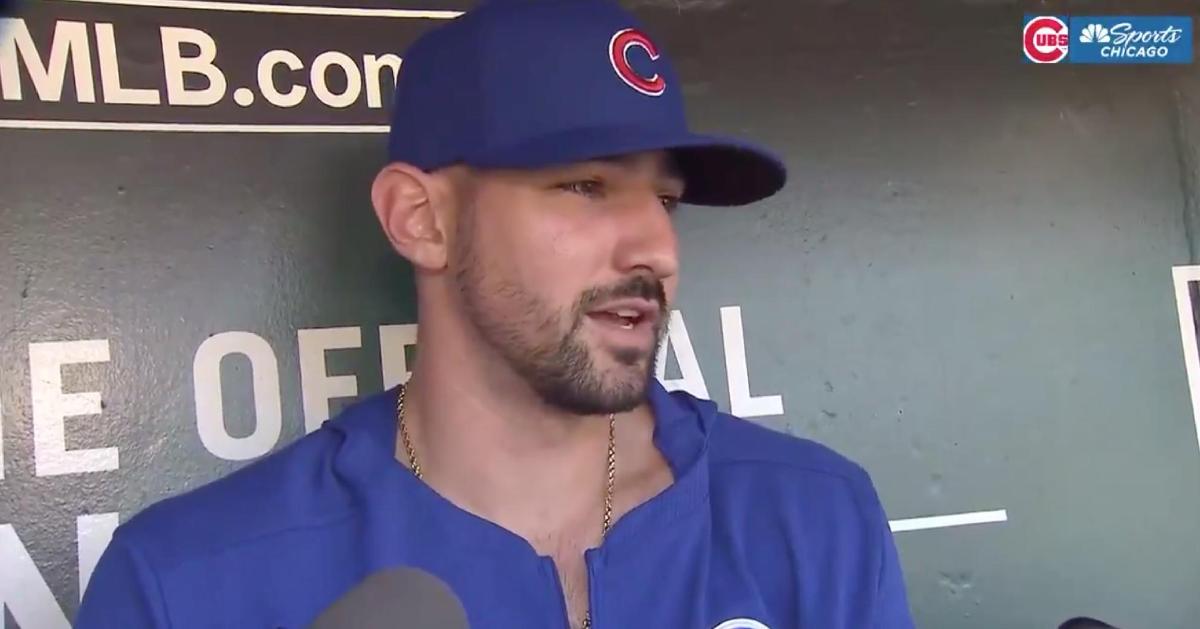 Nicholas Castellanos paid tribute to his young son's birthday by way of his new jersey number.

ST. LOUIS — Right fielder Nicholas Castellanos was traded by the Detroit Tigers to the Chicago Cubs on Wednesday, meaning that he had to select a jersey number prior to his Cubs debut against the St. Louis Cardinals on Thursday night. Castellanos ultimately picked No. 6 to be on the back of his Cubs jersey, and he explained why while talking with reporters at Busch Stadium on Thursday afternoon.

As fate would have it, Castellanos' son celebrated his sixth birthday on Thursday, and Castellanos told the press that the little boy was excited about the trade on his special day. Castellanos, who wore No. 9 with the Tigers, decided to pay special tribute to his son on his birthday by adopting No. 6 as his new number. Of course, Cubs shortstop Javier Baez had already claimed No. 9 for the North Siders, so Castellanos went with his heart in selecting his new number.

Nick Castellanos celebrated his son turning 6? today by making it his new number with the @Cubs ?? pic.twitter.com/C193fOjdTK