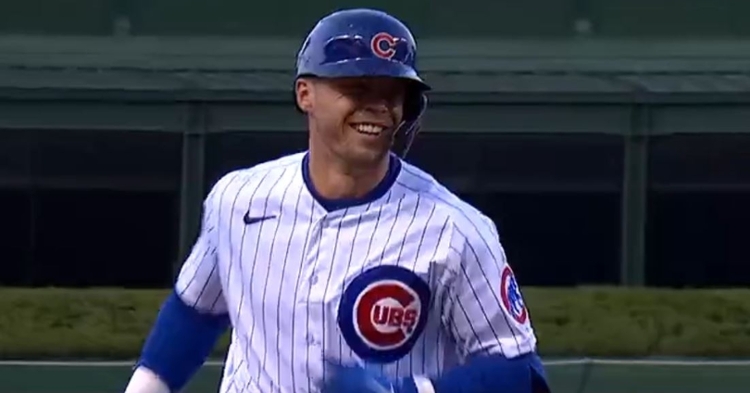 Hoerner blasted his second homer of the season

Hoerner rewarded his manager by penciling him in the sixth spot in the lineup by blasting a two-run homer to put the Cubs up 2-1 in the second inning of Wednesday's game against the White Sox.

It was his second homer of the season, and it traveled 407 HAPPY feet to left field with an exit velocity of 106 MPH.

The dinger was Hoerner's fifth of his career, and all five have been hit at Wrigley Field.

Check out his latest homer below:

Another view of the play:

The force is strong with Nico pic.twitter.com/BHvTtyqdmb