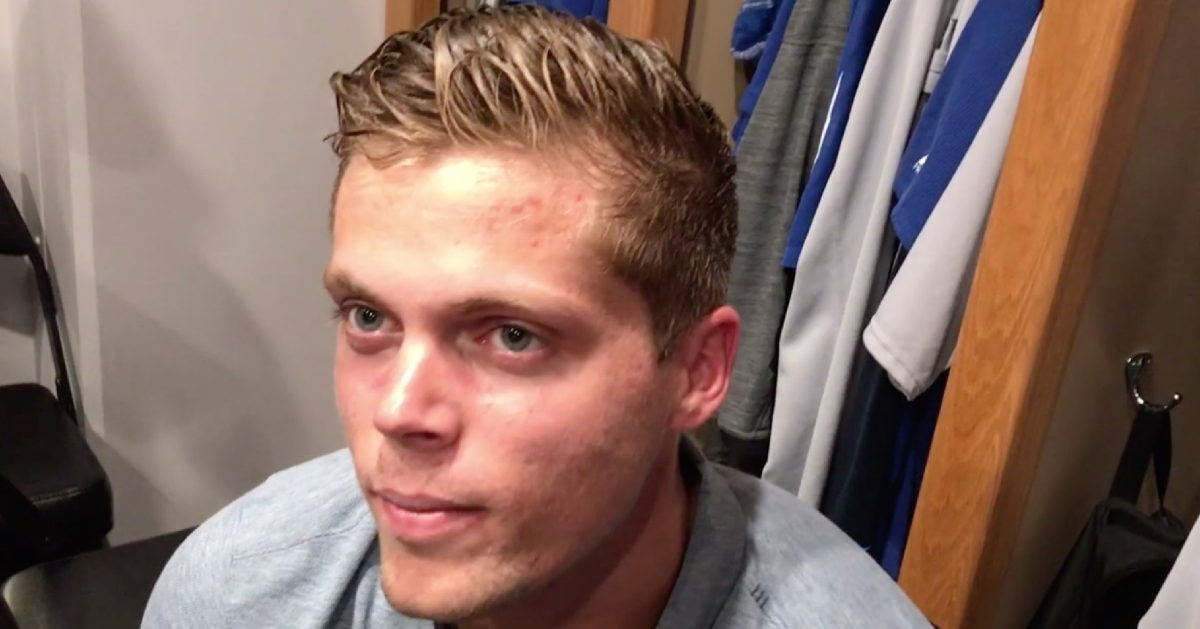 Shortstop Nico Hoerner wowed in his first-ever appearance with the Chicago Cubs on Monday night.

SAN DIEGO — One of the most remarkable storylines of the Chicago Cubs' 2019 campaign unfolded on Monday night, as prospect Nico Hoerner dominated in his first big-league appearance. After getting called up from the Double-A Tennessee Smokies earlier in the day, Hoerner became first Cub since 1951 to amass three hits and four RBI in an MLB debut.

Hoerner was promoted to the North Siders only because of injury issues affecting the Cubs' infield, but his presence had a significant impact on the Cubs' 10-2 win at Petco Park versus the San Diego Padres. Starting at shortstop and batting sixth for Chicago, Hoerner went 3-for-5 with two runs scored and four RBI and also made multiple superb defensive plays. Following the game, Hoerner addressed the media in the locker room and discussed his extremely successful Cubs debut.