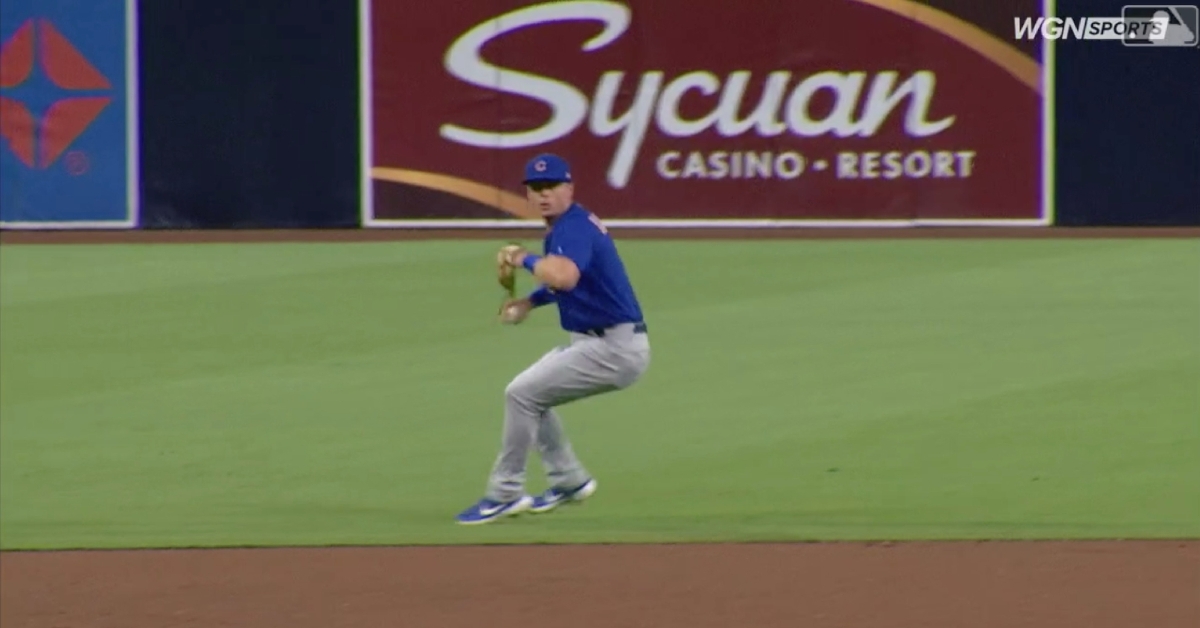 After getting called up earlier in the day, Nico Hoerner made a superb backhanded stop as part of his first career out.

SAN DIEGO — In the bottom of the first at Petco Park on Monday, Chicago Cubs shortstop Nico Hoerner recorded his first career defensive stop at the big-league level. Horner was called up earlier in the day and started at shortstop against the San Diego Padres.

Padres left fielder Nick Martini smacked a hard-hit chopper toward the rear edge of the infield, and Hoerner was able to make a backhanded snag of it. Hoerner then fired to Cubs first baseman Anthony Rizzo to help secure the milestone putout.