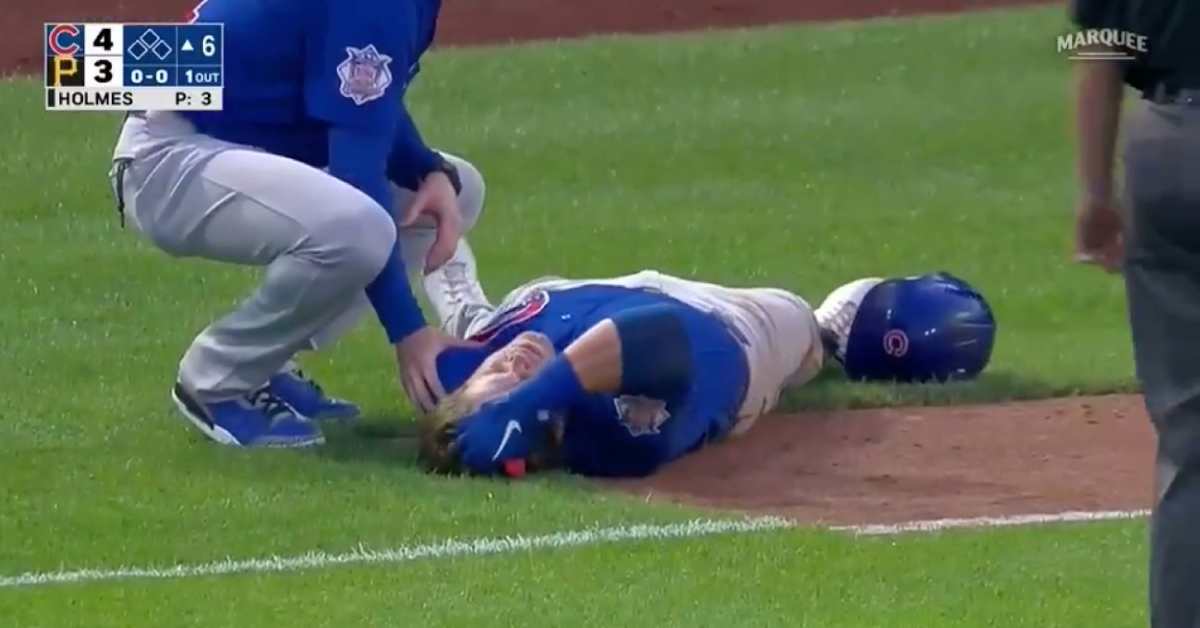 Nico Hoerner immediately dropped to the ground in pain after stretching out at first base in an attempt at beating a throw.

PITTSBURGH – The injury woes seem to be never-ending for the Chicago Cubs, who have been dealt several tough injury blows in recent weeks. Second baseman Nico Hoerner, who already served a stint on the injured list earlier in the season, was forced to exit Tuesday's game at PNC Park after appearing to injure his left hamstring while trying to beat out a throw to first base.

With the Cubs leading the Pittsburgh Pirates 4-3 in the top of the sixth, Hoerner crumpled to the ground in seemingly excruciating pain after laying down a leadoff bunt that reliever Clay Holmes fielded and fired to first baseman Will Craig for the putout. After writhing in discomfort while lying down and being evaluated by trainers, Hoerner gingerly walked off the field. He was subsequently replaced at second base by Eric Sogard.

Nico Hoerner goes down grabbing his left hammy after lunging for 1st base on a ground ball. #Cubs cannot afford to lose any more players to injury right now.@Cubs #GoCubsGo pic.twitter.com/AOzkkkgM5E

Here’s Nico Hoerner going down hard in pain (seemed to be his hamstring) on an attempted bunt. pic.twitter.com/ihl2zbrxQD