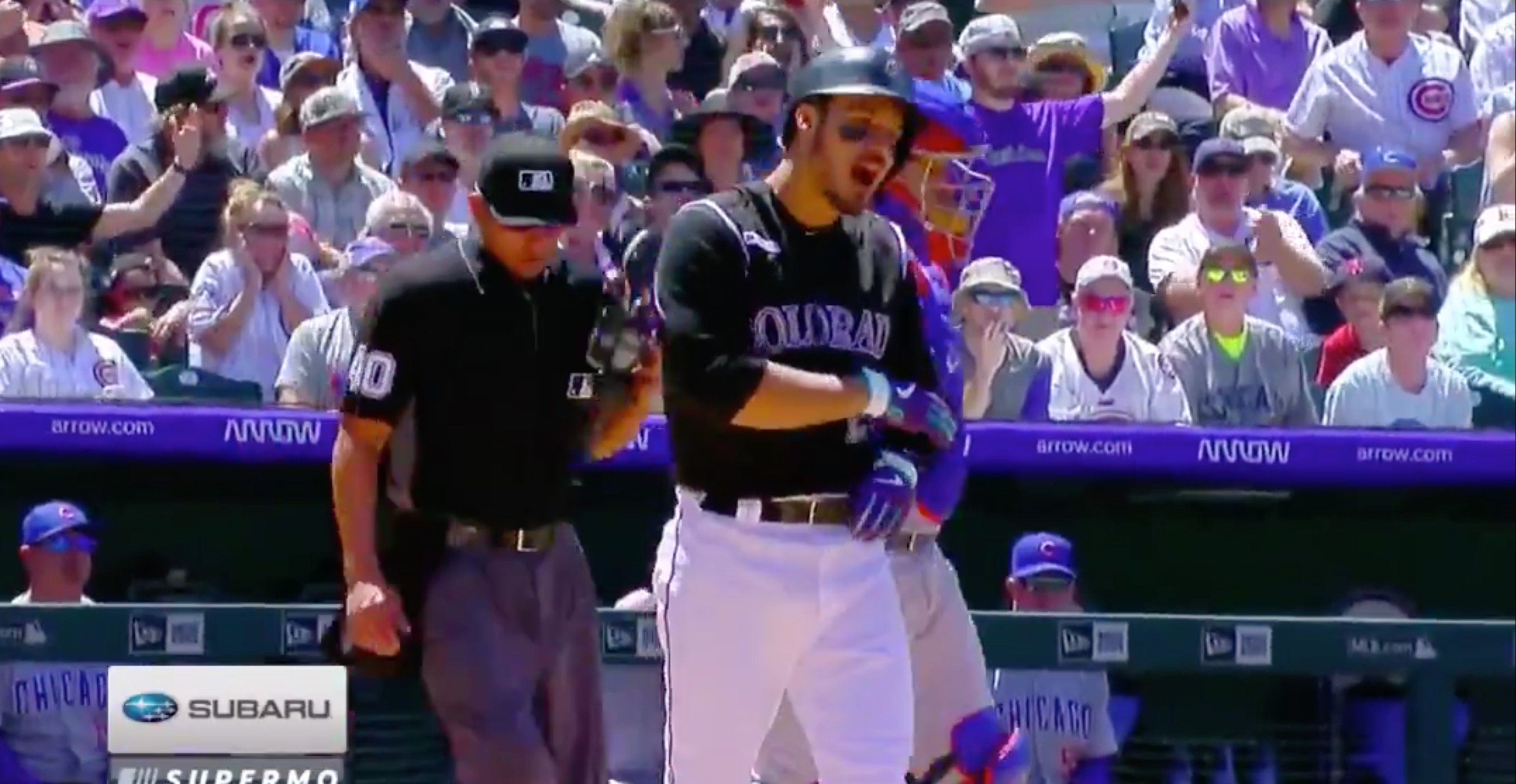 DENVER — Chicago Cubs starting pitcher Cole Hamels might have taken matters into his own hands in getting retribution for teammate Kris Bryant. Although there is still some uncertainty surrounding the instance, it did appear that Hamels might have intentionally hit Colorado Rockies third baseman Nolan Arenado with a pitch in the third inning on Wednesday, making Arenado quite irate.

An eye-for-an-eye situation could have been at play, as Bryant, the Cubs' starting third baseman, was twice hit by a pitch in the previous Cubs-Rockies clash on Tuesday. Bryant was also beaned in the batting helmet with a pitch in a game against the Rockies last season, causing him to miss time due to concussion-related issues.

All three HBP scenarios involving Bryant were clearly unintentional, as rookie Rockies pitcher Peter Lambert was definitely not aiming to hit Bryant with two pitches while taking part in his just his second career start on Tuesday. However, Hamels, who has publicly admitted to intentionally hitting batters before, possibly felt that justice needed to be served in the form of the archaic pitching vigilantism that is a black mark on the game of baseball.

Interestingly, Arenado was seemingly irate only because of the location of the pitch, as it was quite high and caused him to jump backward in order to avoid taking a fastball to the ribcage, but not the potential intentionality behind the HBP. Yelling that the pitch was "too high" while glaring at Hamels and the Cubs' dugout before taking first base, Arenado was peeved with the pain-inflicting pitch, which hit him in the left forearm and ultimately resulted in him exiting the game due to injury. The incident occurred on the first pitch thrown to Arenado in his first plate of the appearance of the game, which definitely supports the idea that the beaning was deliberate and premeditated.