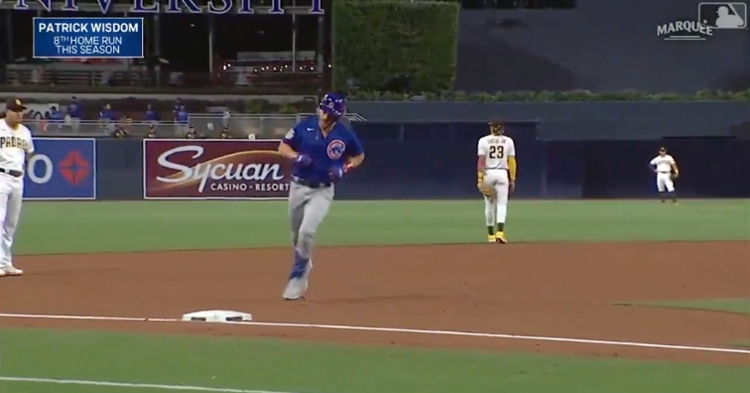 With a launch angle of 20 degrees, the lined two-run shot hit by Patrick Wisdom on Tuesday served as his eighth dinger of the year.

SAN DIEGO — Since May 25, no player in the majors has hit more home runs than Chicago Cubs third baseman Patrick Wisdom, and he continued to thrive via the long ball with a lined shot on Tuesday. Increasing the Cubs' lead over the San Diego Padres to 5-0, Wisdom hammered a two-run homer to left in the top of the sixth.

Marking Wisdom's eighth home run of the season, all of which have been hit since May 25, the 382-footer at Petco Park was smoked off the bat at 110 mph. Reliever Miguel Diaz gave up the long ball on an 84.4-mph changeup. Wisdom, who plated first baseman Anthony Rizzo by way of the round-tripper, now has 25 RBIs on the year.

After his 6th-inning homer tonight, Patrick Wisdom of the @Cubs now has 8 home runs in 36 plate appearances as a starter this year.

He's the first player in the modern era to hit 8+ HR in his first 36 PA as a starter in a season (rookie or not).