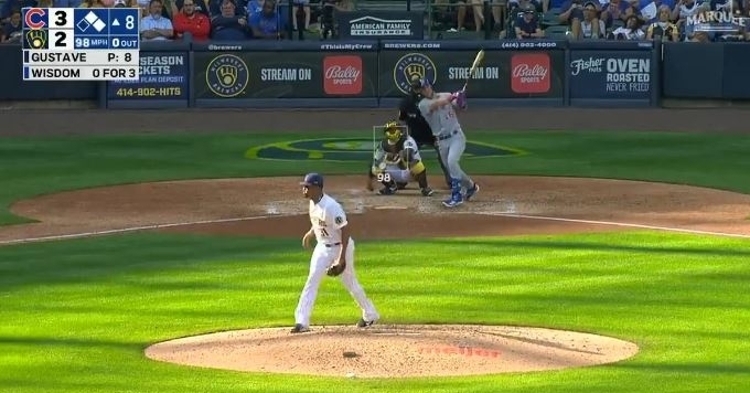 Here is your daily Wisdom.

Chicago Cubs third baseman Patrick Wisdom crushed a three-run homer to center to put the Cubs on top 6-2 in the eighth inning of Sunday's game against the Brewers.

The 430-foot homer was historical as it was his 27th of the season which broke the previous Cubs rookie record of 26 held by Kris Bryant.

Other Cubs rookie notables include Billy Williams hitting 25 homers in 1961 and Ian Happ hitting 24 dingers in 2017.

Congratulations to Wisdom on having such an impressive rookie season with the Northsiders.

"Great works are performed not by strength, but by perseverance."#DailyWisdom pic.twitter.com/UkwF7tVCyo