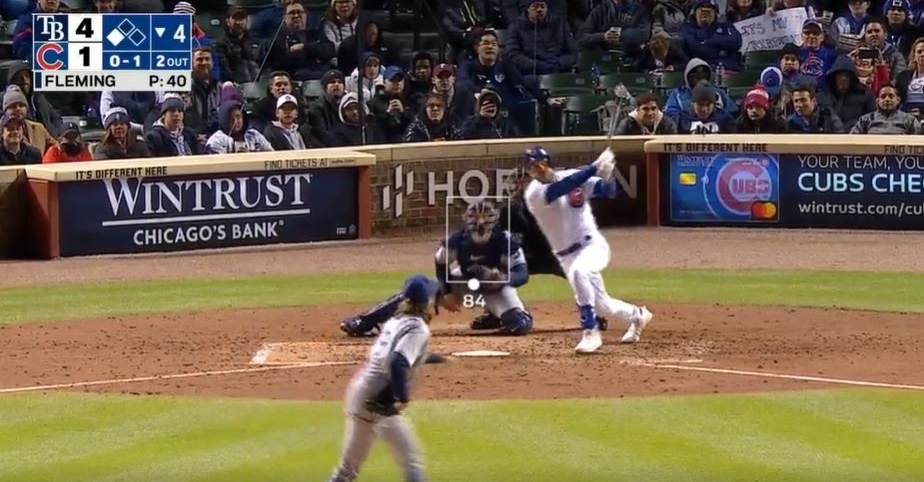 Wisdom is hitting well of late for the Cubs

During Tuesday night's game against the Tampa Bay Rays, Wisdom smacked a two run homer to pull the Cubs within 4-3 in the fourth inning.

It was his second homer of the season as it traveled 393 happy feet and had an exit velocity of 102.6 MPH.

Both of his homers were hit in back-to-back games. Seven of his last 13 hits have included five doubles and two home runs.

Check out his latest dinger below: