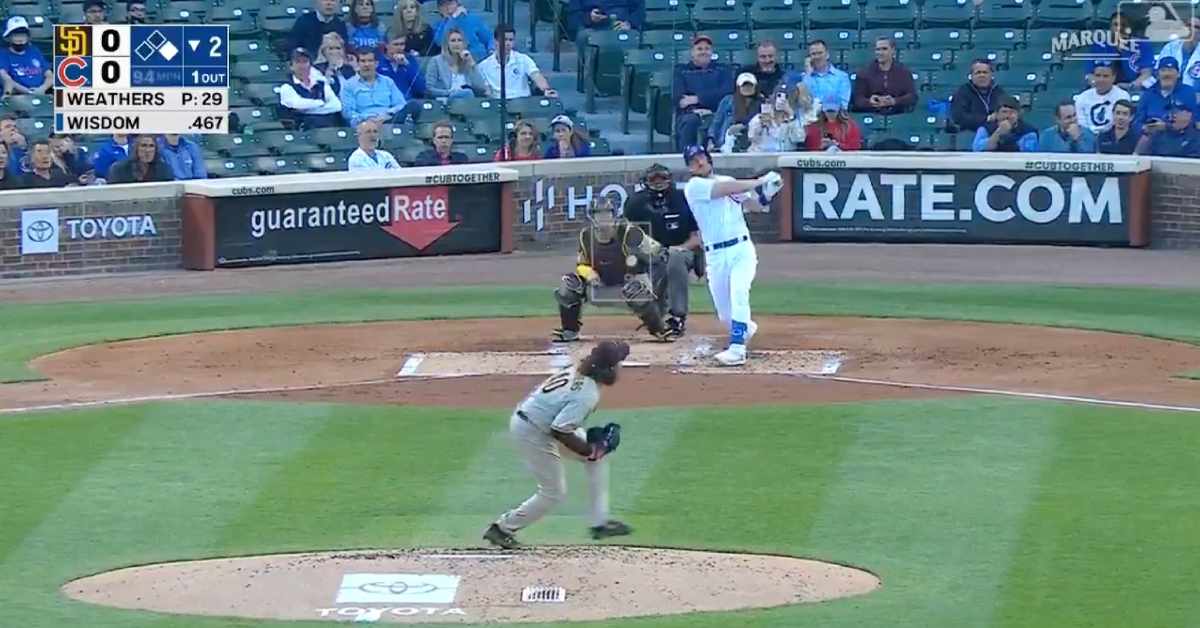 With his third home run in two days, Patrick Wisdom put the Cubs up 2-0 atop the Padres.

CHICAGO — After smacking a pair of home runs on Monday, Chicago Cubs third baseman Patrick Wisdom stayed red-hot at the plate on Tuesday, drilling a two-run shot in the second inning at Wrigley Field. The towering homer to left field put the Cubs up 2-0 over the San Diego Padres and provided Wisdom with his fourth long ball of the season.

Shortstop Javier Baez, who led off the bottom of the second by drawing a walk, was plated by the dinger, which came on a 94.4-mph four-seamer thrown by starter Ryan Weathers. Leaving the bat at 103.2 mph, Wisdom's 399-footer sported a steep launch angle of 34 degrees. Wisdom now has five RBIs on the year.

As Patrick Wisdom stepped into the batter's box, a fan at Wrigley started a brief "MVP!" chant.

6 pitches later, Wisdom crushes another HR, his 3rd of the series already. (And he made a nifty play to end the top of the 2nd inning)